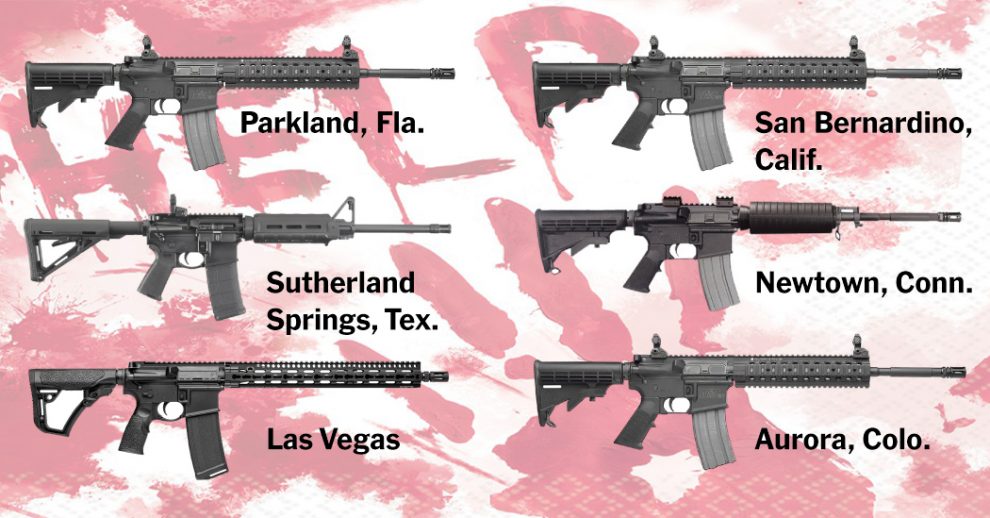 Good news for humanity: the NRA is weakening. The gun-lobbying group is in “deep financial trouble,” Fortune Magazine reported, and warns that the NRA may not be able to keep going. “The group says it is under such financial distress because New York Gov. Andrew Cuomo has convinced a number of financial service providers, banks, and insurance providers against doing business with the gun-advocacy group. As a result, the NRA claims that it will be forced to end its magazine publishing and television services, and will be forced to curtail rallies and potentially shutter some of its offices.”

Governor Cuomo got a lot of credit for what, in reality, took an entire movement comprising hundreds of organizations. (For many reasons, business magazines tend to downplay the powerful role of social movements in economic shifts.) The reality is clear to those who have been following the Parkland students and movement groups like #NotOneMore and Everytown for Gun Safety: their strategies are working and the governor is a welcome ally.

Symbolic protests work best when they are used to galvanize acts of economic pain like boycotts, divestments, and severing business ties. Citizen action can compel companies and power holders to use their leverage for social changes. Being complacent, silent or avoiding the gun issue is no longer an option. When state governors throw their clout into getting businesses and organizations to withdraw economic and social support from the NRA, the impact is immediate. By highlighting that the choice is between kids lives (and others) and the greed of the NRA and industry, the youth-led protests, marches, speeches, and rallies have led to increasing numbers of people and businesses cutting ties with the NRA.

Many companies have dumped the NRA:  Enterprise, Avis, Budget, Alamo and Hertz car rentals, Delta and United airlines, and Wyndham and Best Western hotels have all stopped offering NRA discounts. NRA members shouldn’t rewarded with corporation discounts because those who actively block legislation to ban automatic assault weapons shouldn’t enjoy special privileges while our children are being massacred.

Gov. Cuomo’s efforts go beyond the perks of NRA membership and target the bigger deals, financial backing, and even the top donor circles of the NRA. This has the gun-lobby behemoth running scared. The take-home for ordinary citizens is to escalate the pressure into larger, richer, and more powerful action. The Parkland students have done excellent work in that department—and their efforts have been backed up by hundreds of growing groups that work to end gun violence, virtually all of which have identified the NRA as a barrier to this goal.

Business is responsive – and vulnerable – to the actions of ordinary citizens on the issue of the NRA. Your feedback, emails, phone calls, and boycotts of banks and businesses make a difference. In many cases it’s far more effective than calling your senator (hint: do both!). The effects of movement pressures are often felt more swiftly in the business world. Politicians can only be changed every 2-4 years; businesses have to deal with quarterly reports every three months.

Pressuring leaders who want to do the right thing—elected, corporate, or government agency—gives those leaders cover. Pressuring the ones who are indifferent helps them realize they need to take a stand. Pressuring the hardline opponents can drive them to make costly errors leading to their replacement.

Indeed, business magazine articles on the anti-NRA actions reveal that companies listen when we take action. First National Bank in Nebraska – one of the 15 largest credit card issuers in the nation – ended its NRA benefits because of customer feedback. As Time.com reported: “The First National Bank of Omaha tweeted last Thursday that ‘customer feedback has caused us to review our relationship with the NRA,’ and that it would not be renewing its contract to produce NRA-branded Visa cards.” Those cards offered a generous 5% cashback.

You can find a full list of companies that give NRA benefits and discounts on ThinkProgress.

The Fortune Magazine report on the NRA’s financial crisis also tells us another important message: keep going. Instead of waiting for the next tragedy to galvanize a fresh burst of action, use this moment to continue to drive support away from the NRA. They’ll be rallying to rebuild; our task is to continue to call companies to walk their talk, stand up for our kids, and dump the NRA.

Rivera Sun, is the author of The Dandelion Insurrection, The Roots of Resistance, and other books, including a study guide to making with nonviolent action. She is the of Love (and Revolution) Radio, and a trainer in strategy for nonviolent movements.

Click here to post a comment
Was Nancy Salzman lying about college and high school?
Attorney-Client Privilege: What It Is And Isn’t – And Some Exceptions To It