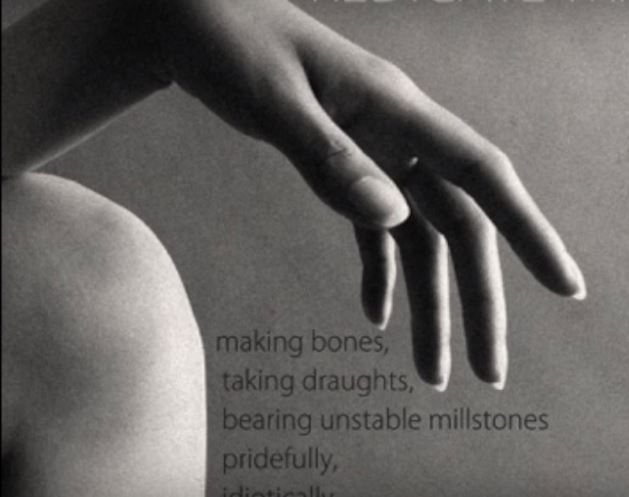 The album – making bones, taking draughts, bearing unstable millstones pridefully, idiotically, prosaically – howls and shimmies in a manner as poetically free-flowing as its expansive title“Josh Sinton is equal parts intellectual and sensualist. His playing is built from the sound up, with the eye of an architect and the wit of a raconteur.” – Grammy-nominated composer/bandleader Darcy James Argue The Brooklyn-based Josh Sinton has established – through his bands Ideal Bread, Musicianer and holus-Bolus, among other ventures – a distinct identity as a baritone saxophonist, one whose influences range widely from the dancing lyricism of Duke Ellington’s bari-star Harry Carney and the lowdown poetry of avant-icon Julius Hemphill to the rocking roadhouse sound of Morphine’s Dana Colley. Cadence magazine has said: “Sinton is a daring instrumentalist, pushing his horn to its limits. At the top of his range, he possesses an alto-like purity; in the middle, the bite of a tenor; and low down, he can growl ferociously.” Moreover, Sinton has carved out bonafides as a conceptualist, having re-imagined with Ideal Bread three albums’ worth of music by soprano-saxophone innovator Steve Lacy. All About Jazz hailed Sinton’s work: “With his muscular tone and dexterous phrasing, Sinton proves to be as dynamic an interpreter as he is arranger.” For his latest project, Sinton leads the loose-limbed, free-flowing Predicate Trio, featuring cellist Chris Hoffman (Henry Threadgill, Tony Malaby) and drummer Tom Rainey (Tim Berne, Kris Davis, Ingrid Laubrock). The band sings and dances, howls and shimmies across the mix of Sinton compositions and free improvisations that constitute the Predicate Trio’s first album, the saxophonist’s 10th album as a leader. Reflecting Sinton’s love of language and literature – and the example of discursive titles by artists from John Cage to Fiona Apple – the album is titled making bones, taking draughts, bearing unstable millstones pridefully, idiotically, prosaically. It will be released by Iluso Records on November 9, 2018.

About the album’s title, Sinton says: “I have a deep love – and, sometimes, a deep mistrust – of language, and the title came from me playing a game with words, making an acrostic from the nine track titles. I hope it’s evocative in some way, meaning different things to different people. That’s usually how listeners respond to instrumental music, anyway – and I like that.” Sinton – who switches from baritone sax to bass clarinet for several tracks – composed six of the pieces on making bones, with another three being free improvisations. The music ranges from the shadowy, scene-setting solo bass clarinet intro of “Mersible” to the headlong skronk of “BlockBlockBlock” and “Propulse,” with Hoffman’s cello an arco/pizzicato swirl. Other highlights include the grooving, Hemphill/Dogon A.D. allusions of “Dance,” the ruminative, exploratory “Unreliable Mirrors” and, with its hints of Morphine riffery from Sinton, “Bell-ell-ell-ells,” which also includes an expansive Rainey solo.

Sinton, Hoffman and Rainey recorded making bones live in the studio of engineer/co-producer Nathaniel Morgan, in Sunset Park, Brooklyn. “We made it old-school, the three of us facing each other, playing live with no separation,” Sinton explains. “It was all first or second takes, with no splices.” About his trio mates, Sinton says: “I first met Chris before he started working with Henry Threadgill, and I loved his playing right away, its clarity, musicality and avoidance of cleverness for its own sake. Later, I would go see him play with Threadgill at the Village Vanguard, and I loved what he brought to that mysterious, astounding music, too. With Tom, I used to see him play in Open Loose with Tony Malaby and Mark Helias, as well as in Tim Berne’s Science Friction band and, later, with all the projects he does with Ingrid Laubrock. He always floors me – all that mind-bending attention to detail in his sound, even as his playing seems so free and easy. He’s like the Fred Astaire of the drums. One thing I love about playing with these guys is that I can achieve a kind of rhythmic fluidity that I’m always striving for. They play with such beautiful momentum that it allows me to be rhythmically free. Another thing I love with this trio is how I can explore a full range of what I can do dynamically, and they’re right there with me.”

Throughout the album, Sinton on his low horns whispers and keens, squalls and yowls. “I’ve been influenced as much by singers as by sax players, whether it’s James Carr and Nina Simone or Adrian Belew and Ian MacKaye of Fugazi – that varied sort of expressiveness,” he says. “The baritone saxophone is so vocal in its range, with a range similar to Frank Sinatra’s, really. Of course, I also love the way the baritone sax has this rhythmic punch that can cut through and declare an idea, something I would hear in the playing of a Pepper Adams. Then there’s thebuzzsaw quality you can get from a baritone, something that Dana Colley cultivated, almost like an electric guitar. I like the way the instrument can have a gut impact.”

As for the impact Sinton would like to see making bones, taking draughts, bearing unstable millstones pridefully, idiotically, prosaicallyhave on listeners, he concludes: “I hope people give this record a bit of their time – that’s all a performing artist can really ask for, even if that may seem like a lot in this day and age. But I’m betting that there’s enough mystery in this document to intrigue, to entice folks into coming back to it again and again. That would make me extraordinarily satisfied.” Josh Sinton
Josh Sinton, a New Jersey native born in 1971, studied composition at the University of Chicago and improvisation at the AACM. He carved a formative niche for himself in the Windy City, writing and performing music for dance and theater; he also studied with such local icons as Fred Anderson, Ken Vandermark and Ari Brown. After some world travel, he moved to Boston in 1999 to study at New England Conservatory, learning from and playing with the likes of Steve Lacy, Ran Blake, Dominique Eade, Jerry Bergonzi, Bob Moses and the Either/Orchestra. Sinton moved to New York City in 2004. A former founding member of composer Darcy James Argue’s Grammy-nominated Secret Society large ensemble, Sinton has also played in the Nate Wooley Quintet, Andrew D’Angelo’s DNA Orchestra, Anthony Braxton’s Tri-Centric Orchestra and Adam Hopkins’ Crickets.

As a leader, Sinton has recorded three albums of Steve Lacy’s music with his quartet Ideal Bread, with the most recent release – featuring the saxophonist alongside cornetist Kirk Knuffke, bassist Adam Hopkins and drummer Tomas Fujiwara – being the double-CD Beating the Teens, on Cuneiform in 2014. With his trio Musicianer (featuring bassist Jason Ajemian and drummer Chad Taylor), Sinton released the album Slow Learner via Iluso in 2017. He followed this with krasa, an album of solo improvisations performed on amplified contrabass clarinet; it was released in early 2018 via Irabbagast Records. An enthusiastic organizer in New York City’s creative-music community, Sinton was a founding member of the Douglass Street Music Collective in Brooklyn, booking a twice-monthly concert series. He also started a concert series at Threes Brewing, along with curating events at several other Brooklyn venues.