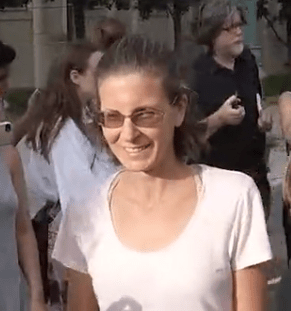 Judge Nicholas G. Garaufis – the presiding judge in the pending criminal case Keith Raniere, Clare Bronfman, Allison Mack, Lauren Salzman, Nancy Salzman, and Kathy Russell – has agreed to allow Russell to have contact with some of their NXIVM/ESP colleagues their respective attorneys present.

One of the stated conditions of her current pre-trial release is that Bronfman must refrain from directly or indirectly associating or having contact with – “…current or former employees of, independent contractors for, NXIVM (including any and all affiliated entities), any individual that she knows to be a current or former member of DOS, or any individual who is currently, or was formerly, on the (NXIVM) Stripe Path…” unless one of her horde of attorneys is present.

Russell’s pre-trial release has virtually the same condition except that she is not prevented from contacting current or former members of DOS who were not on the Stripe Path.

Both Bronfman and Russell have been allowed to ask for exceptions to the restriction– and the prosecutors have apparently granted several such requests for each of them. But both have complained that the approval process for these kinds of requests is burdensome.

In a 6-page Memorandum & Order handed down earlier today, Judge Garaufis first noted that “…some no-contact condition is necessary to ensure that Bronfman and Russell do not interfere with witnesses, harass victims of the charged enterprise, or collude with their alleged co-conspirators (including their co-defendants”.

Sounds like he’s starting to understand just how NXIVM operates.

He went on to note, however, that the current no-contact provisions are simply too broad because they cover many people who do not fall into any of the following categories: (a) potential witnesses; (b) alleged victims; and/or (c) co-conspirators.

The prosecution has until December 14th to submit that information to the judge.

Knowing that Bronfman and Russell have been taught by Raniere that “No means Maybe” – and that “Maybe means Yes” – it is highly likely that one or both of them will violate the new no-contact provisions. That’s just the way that long-term NXians tend to operate whenever they’re in this type of situation.

So, although they may view today’s ruling as a grand victory, Bronfman and Russell may subsequently come to regret ever having asked for more latitude in terms of whom they can contact. That’s because if they violate the revised no-contact provisions – especially if they contact any potential witness, any alleged victim, and/or any co-conspirator (including, but not limited to, their current co-defendants), they will very likely have their bail revoked by Judge Garaufis.

Of course, if that happens, they’ll have a chance to make all sorts of new friends at the Metropolitan Detention Center – which is where Raniere is currently incarcerated.

And while that place hasn’t worked out so well for Raniere in terms of developing new friendships, maybe Clare and Kathy will do better than he has…

Shadow State: Brainwashing is a bogus defense
NXIVM as Roman numerals adds up to 1016 – or ‘I love Satan’
Comment