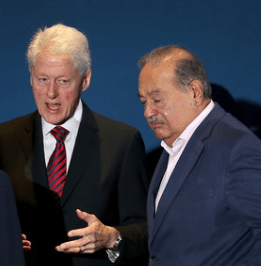 [Editor’s note: The following article has nothing to do with NXIVM.  Unless you could argue that if we could somehow get hold of Keith Raniere’s DNA, we could clone him.]

GENECOIN is a blockchain cryptocurrency company.

According to Genecoin.me, “Genecoin samples your DNA, turns it into data, then stores it in the world’s largest supercomputer: the bitcoin network.”

Editas Medicare is the first CRISPR startup (read: gene recombinant corporation) and has received over 500 million in donations from Juno Therapeutics and Bill Gates.

Out of Solana Beach, California, Nebula Genomics pays gene donors . Luna DNA acts as , sharing in the profits when Big Pharma, universities or any other buyer purchases genetic data.

She says, “Once we have the data (genomes), the company literally becomes the google of personalized health care.”

During the Clinton years, Al Gore helped insure government funding for biosciences increased by 165%.  In 2000, the full mapping of the Human Genome was accomplished. It promised relief for all major diseases. It is  19 years later and none of this occurred.

Britain’s Tony Blair and President Clinton gave heartwarming speeches about the greatness of this new science. They may have had something else in mind.

Bill Clinton has called New Year’s his “renaissance weekends” where he’d meet with, among others, Craig Venter and Francis Collins, both major principals of the human genome project.

While the Petrodollar is worth $65 a barrel of oil, human blood sells from $100 to $200 per pint. Blood contains the DNA.

Grandview Research suggests the biotechnology market will expand to $72.71 billion by 2025.

UNESCO’s 29th Geneva Conference, called UniProt, according to author Cynthia Marie Brewer, secretly handed out patents for new biotechnology companies, pandering to the for-profit goals of this burgeoning industry rather than try to carry out any real efforts at human progress by ameliorating pain and solving the riddle of disease.

The National Institutes of Health may actually have a file on you! Minnesota activist Annie Brown found her newborn had his DNA filed without her consent.Annie discovered the National NewbornScreening and Genetics Resource Center. [NIH] The NIH includes, of courses, “Nursing in the New World Order”, pushing ‘PersonalizedMedicine’ utilizing genomes.

This governmental scientific institute keeps or tries to keep files on everyone, with their social security number and name.

In 2016, I called and emailed personnel at NIH to ask how an individual can find a genomic file using the NIH’s online search library. One answer I received was, “Well, here at the NIH we create a file for everyone we do not have a file on.”

That would take the next million years.

Some stray thoughts on Nancy Salzman
Shadow State’s Christmas Wish List – For Allison Mack: I wish her a functioning brain and a moral compass
Comment