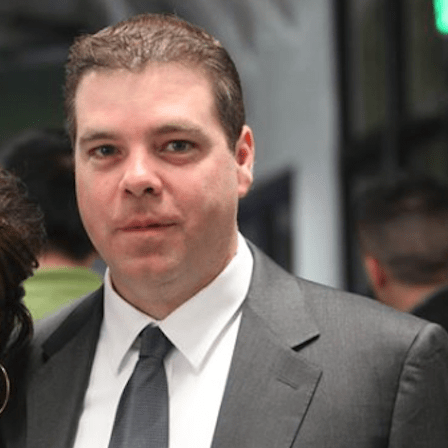 Couple of nibbles for further food for thought in the Jeff Peterson lawsuit:

Pres. Fox turned out to be another PRI (Salinas ruling family) puppet even though he was first elected to be Mexico’s savior from the Salinas regime oppression.

– Dennis Burke is rumored to be very tight with former Secret Service Director, Mark Sullivan. Sullivan is now with “Torchstone” — a private security/investigation firm based in Arizona — which employs many retired or former US agents from FBI, CIA, DOD, SSA and, of course, Secret Service.

– IMO, Torchstone was hired many months (if not years) prior to KAR’s arrest to, essentially (and, perhaps unwittingly) set up a defense — possibly “masterminded” by Burke, KAR and Emiliano with some Saltzman thrown in — by making scapegoats out of KAR’s “enemies” along with Burke’s “enemies,” chiefly Jeff Peterson.

– KAR’s first claim was that the whole branding, slavery scheme was “the product of criminal minds.”

– For years, Nx has indeed attempted to “criminalize” it’s enemies with some unfortunate degree of success. Once labeled as “criminals,” it, of course, becomes much easier to accuse and scapegoat these “criminal minds” — blame and frame the “criminals” for any and all illegal or nefarious activities perpetrated by Nx or Nx partners.

The NYT staged the Nx fluff piece interviews, including Allison Mack’s public “admission,” took place in December 2017. Some interviews were done in Mexico, others in New York. The NYT did not release or held the story for over 6 mos. until about the time of Mack’s arrest, after other scapegoat/set-up attempts and defense strategies (the “criminal minds” strategy) failed. IMO.

– Dennis Burke likely orchestrated a coverup since at least 2014, when Peterson was recruited by ESO (Emiliano) to join Nx.

– KAR, Nx, as Jeff Peterson suggests, could have long served as the “fall guy” for the Human Trafficking/money laundering by Salinas regime — except that Nx and KAR “Bronfman/Raniere crime syndicate, were also obviously controlling the US/Vancouver operations.

Personally, I’d like to thank Mr. Peterson for helping keep me out of an insane asylum when I starting suspecting and blabbering that I was being tailed by not just Nx chicks (the usual suspects) but by Secret Service vehicles and a couple of faces I thought I recognized from back in the day when we were producing “In the Line of Fire” and were under surveillance for security clearance purposes.

Turns out, Keith had claimed I was out to kill him, that I had threatened and stalked him (in 2011) and he required Torchstone’s protection from me and others. Keith also claimed these alleged death threats by myself and others were the reason he and Clare fled to Mexico.

Telling ya, the truth really is stranger than…

PS:  Wouldn’t the statutes be tolled to the latest incidents which occurred over this past summer when Peterson had to go into hiding as Frank Report reported?

I’m amazed Peterson isn’t falsely placed in prison and/or lived to tell his story. And whether or not his lawsuit is quashed these revelations demand a thorough, non-partisan investigation.