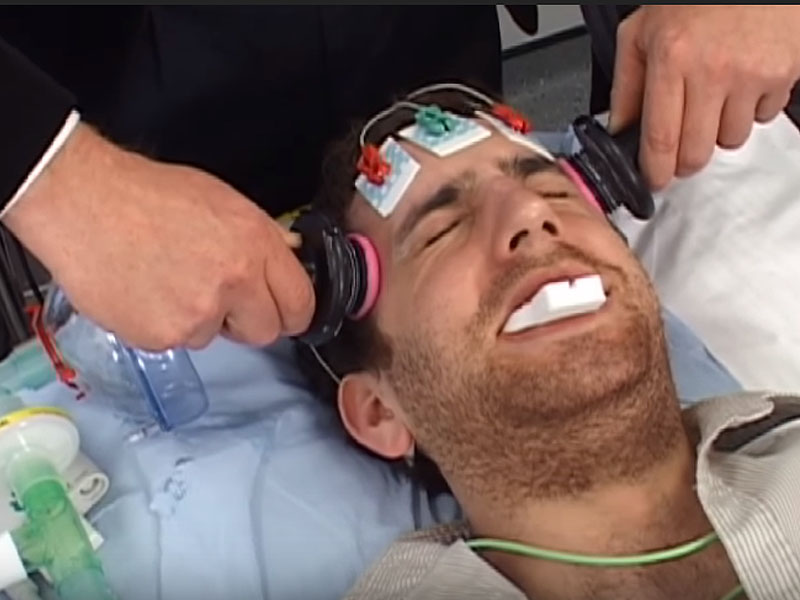 “ In 2011, actress/author Carrie Fisher went on the Oprah Winfrey Show to discuss how she has struggled with her own severe depression, since her 20’s. She now receives ECT every six weeks to help successfully manage her manic depression. In 2012, Dr. Oz dedicated a whole show to ECT and its effectiveness, entitled “The Shock That Could Save Your Life”.

That is taken directly from BryLin Psychiatric Center website.   Dr. Oz dedicated a WHOLE show to ECT. One. Whole. Show. I guess that lends credibility to it.

BryLin is a private for profit psychiatric center in Buffalo, NY which uses ECT liberally.  They want to use it more.  It’s a huge money maker for them.  BryLin has been using ECT for decades.  They never stopped using it.

Until recently, it was BryLin’s dirty little secret.  But now, they are openly advertising it.

For a few cents of electricity, they cash in while deliberately creating brain damage to their patients.

The practice is so brutal, so barbaric that most people can’t even fathom that it is even being done.  But guess what?  It IS still being done, it always has been being done, and the plan is to do it more – a WHOLE LOT MORE.

They want to do it to everyone – your children, your grandma, your wife– they won’t discriminate. They will do it to you.

Psychiatric drugs have raked in billions and haven’t cured a single patient, but they have created millions of drug addicts who now, addicted to mind numbing drugs, STILL have their problems!

Now, the psychiatrists can say, ‘What? The drugs didn’t work? We need something a bit more invasive.  We have something right here!  How does 460 volts of electricity to the brain sound to you? This won’t cure you either, but at least we can try.  Oh!  And don’t worry, we will sedate you first!  That way, it will seem safer (and we make more money billing the insurance companies for the anesthesia), and you won’t break any bones from the convulsions the way everyone used to, before our brilliant idea to sedate first. We even changed the name from electroshock to make it sound nicer.”

The plan is to normalize ECT, make it seem safe, innocuous and ‘the thing to do’.  ECT is the next big push for the psychiatric industry. They want to remove the ‘stigma’.

ECT – do it on your lunch hour, do it after your break up, do it while you are pregnant, do it at home, do it at the corner spa. Do it whenever you want, but just do it!

If they do enough advertising, and if the repeat if often enough, then people will start to believe that Electroshock IS normal.  Guess what folks?  It’s not normal.

It’s also not an effective cure, except of course, if you want your brain fried and you want your IQ to drop up to 20 – 40 percent – then ECT is for you.

Electro Convulsive ‘Therapy’.  Oxymoron.  There is nothing ‘therapeutic’ about it.

Changing the name from Electroshock to Electro Convulsive Therapy and using a muscle relaxant first does not make it any less violent..

And guess what? The Voltage and the Amperage is HIGHER now than when they didn’t use anesthesia!

“ECT can be a beneficial alternative for women who don’t want to expose their infants to antidepressants while breastfeeding. It is the most effective and rapidly acting treatment that we have today.”

That is another gem from BryLin’s website. Who the hell would advocate getting ECT while breastfeeding?  Your friendly neighborhood psychiatrist, that’s who.

If that is what you are looking for then, you might be a good candidate for ECT.

Click here to post a comment
Shadow State: All Slaves Are Equal But Allison Mack is More Equal Than Others
DOJ presents list of 309 NXIVM members which they propose Clare Bronfman and Kathy Russell NOT be allowed to associate