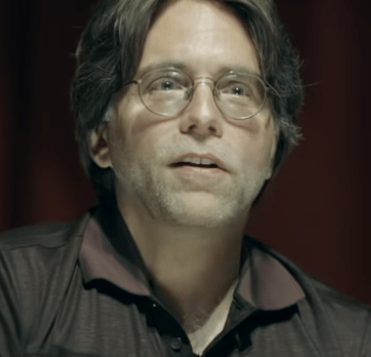 Several media outlets recently ran stories about one of the prosecution’s most recent filings in the case of the U.S. v. Raniere – a 71-page Memorandum Of Law that was filed in response to the various pre-trial motions that have been filed by the defendants.

But in publishing their stories, each of these media outlets focused on one rather insignificant sentence that was set forth in the prosecution’s Memorandum Of Law: “The government has alleged and expects to prove at trial that members of DOS expected to receive and did receive things ‘of value’ for engaging in sexual activity with Raniere”.

Now, understandably, this government’s 71-page filing is more than a little obtuse – and probably way more effective than most over-the-counter insomnia medications.

But just picking out the one sentence that talks about “sexual activity” is also not responsible journalism. At least not according to the standards of the Frank Report.

So, what we have here is one boring filing that is much more complicated than what the New York Post, Radar, and the Windsor Star have reported.

So, l to figure out exactly what this filing by the prosecution is all about.

To begin with, the essence of this filing is that the prosecution has completely and utterly destroyed the defendants’ proposed dismissal of the charges pending against them.

Seriously… At this point, the chances of any charges being dismissed against any of the defendants are about the same as the New York Giants’ chance of winning this season’s Super Bowl (For those who don’t follow football, the Giants have already been eliminated from this season’s playoffs – which means they have no chance of being in the Super Bowl).

Yeah, all that great strategy that Vanwimp has been discussing with his attorneys in their three-days-per-week meetings of late – yeah, not so much. Seriously – what else did you expect from an RPI grad with a 2.26 GPA who flunked his written DMV test?

Perhaps the most important parts of the prosecution’s Memorandum Of Law is contained in the first two paragraphs:

The seven-count superseding indictment in this case (the “Indictment”) arises out of the defendants’ participation in a criminal racketeering enterprise (the “Enterprise”) led by defendant Keith Raniere.  As the government will prove at trial, Raniere and his “inner circle,” including the defendants, agreed to conduct the affairs of the Enterprise through a pattern of racketeering acts intended to provide financial and personal benefits to themselves and other members of the Enterprise.

The other most important parts of the prosecution’s Memorandum Of Law are probably in:

We’ll have more on those topics in future posts.

Until then, Viva Executive Success!