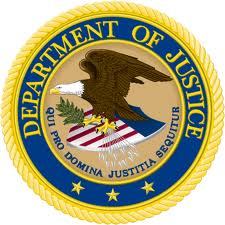 The DOJ has confirmed in a recent filing that there will be another superseding indictment in the NXIVM case.

The confirmation is found in a footnote on page 47 of a 71-page Memorandum of Law in opposition to the defendants’ motion to dismiss.

The footnote – easy to miss in the 21,000 word memorandum – was part of the DOJ’s response to one of Lauren Salzman’s arguments to dismiss some of her charges.

But the language is plain enough: According to the DOJ, there will be new Jane Does named in a superseding indictment.

Possibly there will be new charges, perhaps new defendants.

The last superseding indictment, which was issued in July 2018, pushed the original trial date of October 2018 off until March 2019 – a period of five months.

If the coming superseding indictment pushes the trial back a similar period, the trial will be postponed until August or September 2019.

The two big questions are: (1) Will others be charged? – and (2)Will the present defendants get more charges – adding to their potential prison sentences?

Click here to post a comment
Vanguard had it all, he thought – a poem by Pyriel
Other Media Outlets Miss The Point: The Hammer Is Coming Down On All The Defendants