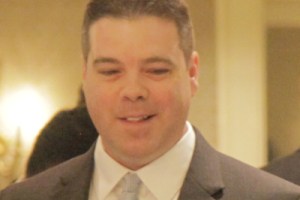 In his lawsuit, Jeffrey Peterson said Emiliano Salinas suggested that Peterson take a NXIVM course.  Peterson chose not to do so.

Emiliano Salinas [via Prorsus Capital] still invested $50,000 in one of Peterson’s schemes.  Maybe that scheme was real; maybe it wasn’t; maybe it was, but things just didn’t work out.

Emiliano did suggest Peterson take an intensive.  NXIVM higher ups often do that with people they intend to do business with.

But that seems as far as it went.  Emiliano suggested NXIVM. Peterson declined.  No threats were made for not taking it and, importantly, Emiliano still made the investment despite Peterson not agreeing to take NXIVM courses.

Nobody said they would destroy his business. Nobody said anything at all.

Clearly, taking the NXIVM course was not a condition of the business deal.

According to some reporting in some Arizona media, Peterson may have in one way or another had some fraudulent aspect to his start-up.

Emiliano may have been angry about that, but I doubt he would do anything serious over a mere $50k.

I doubt he would use his father’s violent ways of silencing or punishing people for $50,000 – even if he had that power, which I doubt he has.

If he had his father’s power, he would not need to use lawyers to go after people like Toni Natalie and all the rest.

Is there some group of affiliated people who refer to themselves as the Arizona Mafia? Perhaps — lots of people in certain circles come up with stupid name for themselves.

I doubt they are as bad as Peterson portrays them.

I suspect Peterson saw your reporting, saw the enormous NXIVM scandal unfolding in the news, recalled his minor interaction with Emiliano, and saw an opportunity to put out a story that would be right up your alley and gain traction in the news media, the way some of your reporting does.

Perhaps he believed if he tarred this group of Arizona people with this NXIVM connection, it would hurt their credibility.

Still, nothing in Peterson’s complaint has the slightest to do with NXIVM, except the Emiliano intersection (and, again, it’s standard practice for higher ups in Nxivm to ask people to take classes as part of the preliminaries for a business deal).

Peterson did say he feared for his life. He did allege somebody made threats against his life.

A call to the FBI by Peterson is warranted.

Instead, he is suing as a pro se litigant. His complaint seems frivolous. Whatever Peterson did or didn’t do, his story, as told in his complaint, is a mass of disconnected points of facts, is largely incomprehensible and possibly nonsense.

If I were judge, I would likely rule the complaint frivolous and make him pay the other parties’ attorneys’ fees.  I might hold a Rule 11 hearing, and if I determined there are things that are false in the complaint, I would add on Rule 11 sanctions and warn Peterson that if he files anything like that again, he will be deemed a vexatious litigant.

Regardless, and most importantly to your readers, there is pretty much nothing about Peterson’s story that is materially relevant to NXIVM.