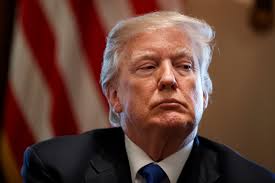 The American voter must understand a few things that are going on. First, I believe the average Democrat voter believes in our Rule of Law, the Constitution and the importance of having secure Borders. So what’s the problem…it’s a handful of leaders who simply don’t give a damn about you, me, Border security, a wall, a fence, anything EXCEPT themselves… re-election for themselves, jobs for their friends and relatives. That’s correct; all Schumer, Pelosi, Waters and the others we hear running off at the mouth want is POWER; to be reelected so they can control you! They are what I call, “Democraps”.

Listen, the bastards all voted for Border wall security multiple times, they have been shown on FOX stating that many times. You won’t see it on NBC,ABC, CNN or CBS but you can see Schumer and Pelosi both supporting the wall specifically and Border security, in general. So what changed?

The answer is simple, a whole lot of professional, lifelong politicians got beat by an amateur, Trump and he is doing what he said he would do…OMG, they can’t allow that to continue. Schumer never said he would do anything…never did anything so he can’t stand seeing a successful Trump getting” anything” he wants…those are his words…he’s on a vendetta, not as a Senator but as a vigilante!

Waters got 3 bills passed in 27 years and one was the naming of a building. Pelosi, who flies back and forth to her vineyard on the governments’, dime has named a lot of wines so.. I can’t say she never did anything!

They now realize that they cannot get Americans who can read, write and speak English to vote for them so they need help from the “illegal’s”! I’ll bet Pelosi could not run her vineyards without illegal’s working for her! Why else would these Democraps change their minds about Border Security, support “sanctuary cities, want open Borders, want amnesty for illegal’s, c’mon man, and don’t believe the crap that Pelosi is slinging for one minute. She say, “All the experts say a wall doesn’t work”. I believe she is confusing experts with idiots. Only an idiot would say walls, fences, barricades and natural barriers don’t work.

The experts are the people who have worked border security on the Borders…the Law men! Nobody else knows. Ask the Border Patrol, Customs, INS, Ice the local and state police who have been shot at by the illegal’s. Then tell me walls don’t work.

Understand this, folks, the cameras, drones, alarms will alert that people are entering illegally but then what Nancy ,Chucky? Are you going to interdict and stop them? How about it Chucky? I would love to see you crap your pants in the Arizona desert, in the brush when a bullet ricochets off a rock next to you head!

There has to be boots on the ground, and that means that our kids are at risk and that means we will lose some of our kids!! A wall, fence, barrier will dramatically reduce risking the lives of our young men and women who face that every day. Oh…you didn’t think of that did you? What do you think happens? Do you and your experts think we can call out over a speaker on the drone, “We see you”, and they will run back across the Border? Morons…I swear!

I’ve worked side by side many times, weeks on end, on the relatively “safe” Northern Borders during the 1970’s with the people who do it ALL the time and it’s not an easy task. The natural barriers like Lake Ontario, Upper and Lower Niagara Rivers, the Falls, lakes Erie ,St Clair, Huron and on and on are the reasons our Northern Borders are so much more secure…you idiots! If they were replaced by thousands of miles of walls they would be even more secure! If there were no barriers you would have illegals as your next door neighbors, visiting your house when you go to dinner!!

The President, cannot do this alone! He needs your help. He wants to protect you and yours…!

Call your Democrat Senators and Congressmen and tell them if they don’t give our President funding for Border Security we will replace them all with someone who will…tell them!