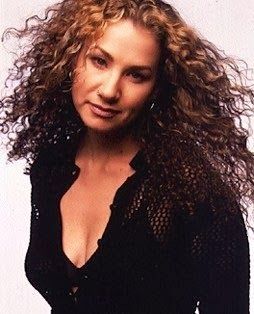 Frank recently wrote a very interesting piece about Nancy Salzman – and his impressions of who and what she is.

He was responding to several questions that were put forth by a reader named Dr. S. – who said (s)he was a psychologist who was struggling to understand Nancy’s role in NXIVM and how Frank got involved with the organization.

As I read Frank’s post, it caused me to think about my own impressions of Nancy – and how it was that I came to get involved with her and the NXIVM cult.

I first heard about NXIVM sometime in mid-2003 from a guy that I used to work out with (He was taking NXIVM courses at the time). His pitch was very much a “soft sell” – and not one that I responded to.

Then, sometime in late September of that year, I received a phone call from a woman that I had met a couple of times at social events in Saratoga Springs (Since she’s no longer involved with NXIVM, I’ll simply refer to her as Ms. Coach).

Ms. Coach indicated that the company she worked for was having some issues that she thought I might be able to help with – and asked if I would meet with her and the President of the company for a cup of coffee. I agreed to do so – and the very next day, I met with Ms. Coach and a woman who turned out to be Nancy Salzman.

My first impression of Nancy was that she was passionate but not well organized (She came to the meeting without any notes or copies of relevant materials – and just winged her way through it).

She repeated some things several times but also said she could not answer some very basic questions that I asked about her business (I later figured out that her boss, Keith Raniere, had only authorized her to give me a limited amount of information).

I also thought that she was one of those people who liked to do more talking than listening – and that she was basically trying to sell me something.

I eventually went to work for NXIVM as a part-time consultant (I’ve recounted that whole process before – and won’t repeat it here).

For the 15 months that I served as a consultant, I continued to learn more about Nancy – and how she operated.

One of the early signals that Nancy sent out was that she was available for a sexual relationship. She did this quite openly even though she knew I was living with someone at the time (She also voiced her unrequested opinion that the woman that I was with was “really not a good match” for me – or words to that effect). I never followed up on Nancy’s offer.

I also observed how demeaning Nancy could be when she was dealing with people that she considered to be her inferiors. The first time I saw that was when I met with her at her house in Clifton Park on a hot summer day in 2004.

While we sat at a table in her backyard patio and drank iced tea, Kathy Russell was working quite hard on Nancy’s flower beds and sweating quite profusely (Nancy explained that Kathy had been assigned this task as a “consequence” for some unnamed misdeed involving her job at NXIVM).

When Kathy came over to say “Hello” to me, Nancy dismissed her with a curt “Not now, Kathy. We’re busy here”.

But the real eye-opener to me was attending Nancy’s birthday party in 2004.

That event took place at a mansion on North Broadway in Saratoga Springs that had been rented for the evening.

Prior to the party, I was given a list of presents that Nancy was hoping to receive at the event (Kind of like a wedding registry list – but with only high-end items on it). I went with a bottle of fairly expensive wine.

I was really not looking forward to being at Nancy’s party – which meant that I arrived more than an hour after the announced start time.

Upon arriving at the event, I noticed that a giant tent had been erected next to the rented mansion. No big deal – and pretty common for summer parties in Saratoga Springs.

But upon entering the tent, I was stunned to see that there was a large stage set up – and that on that stage was Joan Osborne and The Funk Brothers (I was a big fan of both – and recognized them immediately).

Right after I arrived, they played “What Becomes Of The Broken-Hearted?”). I was about 3-feet from the stage – and didn’t move until they finished their entire set about 30 minutes later. They played one more 45-minute set before the party was over.

When I was meeting with Kathy Russell a few days later at NXIVM’s headquarters, I brought up the topic of the party – and expressed amazement about the entertainment. Kathy responded by telling me that Nancy really liked Joan Osborne’s music – and that the Bronfman sisters (Clare and Sara) had spent more than $250,000 on the party.

Kathy confirmed the amount – and said that Nancy was a “little disappointed” with her gifts because she had not received some of the top items on her list.

A live, private concert by Joan Osborne and The Funk Brothers – and you’re disappointed?

That’s the Nancy Salzman I know…

I think there are lots of people who were involved with NXIVM who qualify as both “victims” and “perpetrators”. My problem is with the ones who want to forget about what they did when they were active participants in the cult – and just cast themselves as victims.

In my own case, I helped NXIVM gain some of the political power and legal talent that they would subsequently use to crush several people, including me. I truly wish that I hadn’t done that but it is, unfortunately, true.

At the time that I introduced him to Richard Mays, Doug Rutnik, Peter Lynch, and a host of other power brokers and high-level attorneys, I did not realize that Raniere is pure evil – and how many illegal activities he and his inner circle were involved in.

Damn, how I wish I had figured that out sooner…

Click here to post a comment
My view on Joe O’Hara and the importance of his work in taking Nxivm down
Shadow State: NXIVM’s War Against the Truth