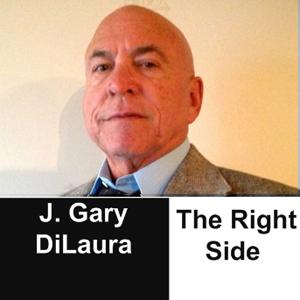 Apparently Pelosi, Schumer and the rest of the left are either ignorant or act ignorant as to what Border Security actually is…so allow me to educate them.

Border Security deals with just that…Security at the line of entry or point of entry, indeed… “Stopping illegal entry”, across our Border! Immigration Laws may impact reasons to defy our Rules of entry; a desire to enter our country, by any means possible; justification for requests of asylum, and they are all important issues and need to be addressed by law makers but are a completely separate set of issues that may impact the incentive to come here but have NOTHING to do with ways and means to “Stop Illegal Entry “!

The left tries to complicate Border Security with Immigration Laws because they have no valid reasons to not want Border Security, ie. Walls and Fences!

These immigration reasons may have an adverse affect on the “reasons” people  want to move to our great country but will never deter illegal entry alone, unless we engage in the methods and techniques utilized by socialist countries. Socialist or Communist or Muslim Countries… countries like Russia, China, N. Korea, Iran, Saudi Arabia shoot immigrants trying to gain entry illegally AND, like N Korea and Russia, and Iran shoot people trying to escape from their countries. !

I must say shooting illegal’s trying to bypass Border Points of Entry or Check Points are very effective deterrents and are much cheaper that fixed barriers, indeed, but they are also not very humanitarian or legal in America! N Korea even uses land mines…very effective!

New technology can and does alert our lawmen of attempts to defeat Border Security but does NOT “stop illegal entry” which is the freaking definition of Border Security…Stopping Illegal Entry into our country…nothing more and nothing less.

Technology alerts us but there is only one way, under our Rule of Law and Constitution that allows us to “stop illegal entry” and that is BOOTS ON THE GROUND! Drones, noise detectors, motion detectors; cameras will not “stop illegal entry”. If that technology would stop ‘Illegal entry”, the Nancy Pelosis’, Maxine Waters’ and wealthy actors and  billionaire businessmen would employ just cameras and save the fences and walls for their money vaults and jewelry, and furs!

Pelosi would have us use drones for detection and Kiosks with cell phones for registration at “points of, “We caught you Kiosks”! That is as dumb of a statement as, “Walls don’t work”…wouldn’t you agree?

The lame, left arguments and talking points that the left leaders and their “me too /yes” people espouse, is just that….”lame”.

Their argument that, “Walls and fences don’t work because they can be defeated” is as dumb as those who spew that stupidity. “Walls are immoral”, that sounds like something Pelosi would say….doesn’t? It’s really something that is meaningless, especially when she has walls and fences protecting her, her family and vineyards, along with guards armed with Uzi Machine guns…but that’s different, “I’m important and you aren’t”…says Nancy! Chucky says,“Me too, Nancy”.

These two “elected officials” are a joke. The only thing important to “them” is “them”….always has been and always will be.

They are NOT interested in protecting you and me…only getting enough non-English speaking people registered to vote for THEM!!!

Agnifilo: Women had sex with Raniere ‘for many of the reasons people have been having sex since the Garden of Eden’
Judicial Watch Sues DOJ for Special Counsel Robert Mueller’s Security Detail Costs