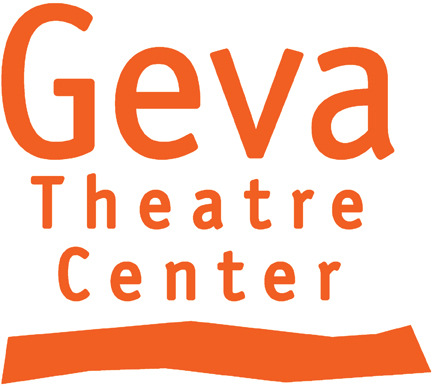 The Magician Prospero and his daughter Miranda dazzle their audiences until the day Miranda quits.   This funny bittersweet play dives deep into the ups and downs of a father-daughter relationship.   Viewer discretion advised if you have a father or a daughter (or know anyone who does).

The cast of The Magician’s Daughter make their Geva Theatre Center debuts in this world premiere. Brittany Bellizeare’s (Miranda) New York credits include In the Blue Hour, an interactive play at La Maison d’Art Gallery in Harlem; and Beneatha in A Raisin in the Sun for the Gallery Players. Regional credits include Tonya in King Hedley II for Two River Theater; Edith in three girls never learnt the way home for the JAW Festival at Portland Center Stage; Shanita in Skeleton Crew at Baltimore CenterStage; Pecola in The Bluest Eye at the Guthrie Theatre; Nina in Sunset Baby at TheaterWorks Hartford; Rose inThe Last Tiger in Haiti (NAACP Theatre nomination for Best Ensemble) at La Jolla Playhouse/Berkeley Repertory Theatre: Camae in The Mountaintop at  Northern Stage; Ruby in Seven Guitars at Two River Theater; Archy & Mehitabel at the Yard and Sunjata Kamalenya at the McCarter Theatre. Film/TV credits include “The Blacklist,” “Eye Candy,” and “The Knick.” Tyrone Mitchell Henderson (Prospero) is the Founder of Quick Silver Theater Company.   New York credits include Yellowman at the Billie Holiday Theatre; Rancho Viejo at Playwrights Horizons; The Piano Lesson at Signature Theatre, the National Tour of Bring in ‘da Noise Bring in ‘da Funk; The America Play, The Tempest (with Patrick Stewart), Two Noble Kinsmen and The Public Sings at the Public Theatre; and King Lear with Tony Winner Billy Porter. Regional Theatre credits include world premieres of War, Aubergine and the West Coast premiere ofIntelligent Homosexual’s Guide to Capitalism and Socialism with a Key to the Scriptures. Television credits include “FBI,” “Search Party,” “God Friended Me,” “The Good Fight,” “Sneaky Pete,” “Orange is the New Black,” “House of Cards,” and “Law & Order” (franchise trifecta – six episodes).

The 2018-2019 Season is sponsored by ESL Federal Credit Union and Rochester Regional Health. The Honorary Season Producer is Dr. Dawn Lipson. The Fielding Studio Series is supported in part by the Gouvernet Arts Fund at The Community Foundation. The Associate Producer for The Magician’s Daughteris St John’s Rochester.