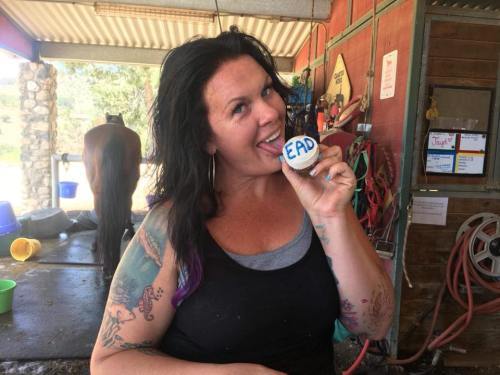 I received this email from a person in San Diego, California. It does not involve Keith Raniere directly. It involves horses and a horse rescuer.

The reader came to write me because of Keith Raniere however.

Here is the email:

I am reaching out to you after reading about your coverage of Keith Raniere.  Your recent work in this arena may lend itself to looking closer at another charismatic personality that has built a strange following and raised millions in the name of charity.
How do you suppose you could get animal rights activists to defend the abuse and murder of horses meant to be rescued?
Perhaps you would display the characteristics of a cult leader:
The followers, in turn, might display these types of traits:
Allow me to introduce you to Michelle Knuttila.  Her ‘Horse Rescue’ named HiCaliber has been the subject of many recent news reports in San Diego, Ca.
https://www.nbcsandiego.com/news/local/HiCaliber-Horse–Rescue-Evicted-for-Not-Paying-Rent-for-Months-502750261.html
https://www.10news.com/news/local-news/highcaliber-ranch-founders-evicted-owners-devastated-with-house-of-horrors-left-behind
What isn’t discussed is the loyal and persistent following that she has built and maintains on social media outlets like FaceBook.
Many that have volunteered on her ranch, and donated large amounts of money, have oddly become accepting and defensive of the overwhelming evidence of abuse.
These formerly peaceful animal lovers have resorted to online harassment, bullying, and physical threats and stalking of her detractors.
Just as strange, is the State and Counties unwillingness to enforce any action against Ms. Knuttila.  This comes, of course, with the typical conspiracy theories.
Meanwhile, Ms. Knuttila continues to raise money and has formed a new ‘online village’ for women.
While there is a comprehensive blog that has attempted to expose the conditions and behaviors on the ranch, no one has taken the sum total and made it consumable for the public to understand.
It is very important that someone with real journalistic experience arrange this information in a way that can protect the public from a woman like this.
Below are some links with more information for your consideration.

“As upsetting as Linus’s condition was, the village idiots were in a heightened state of what almost seemed like sexual arousal over having another skinny horse to `save’ and a live feed from their leader. “

“nothing says `professional’ like sexualizing the horse you claimed to rescue.  “

Thank you for your consideration,

Please feel free to contact me if you have any questions,

Click here to post a comment
More on Hi Caliber- and Knutilla: ‘Who’s caring for the 20-30 horses now?
The NXIVM Lawyers – Part I: Michael P. McDermott