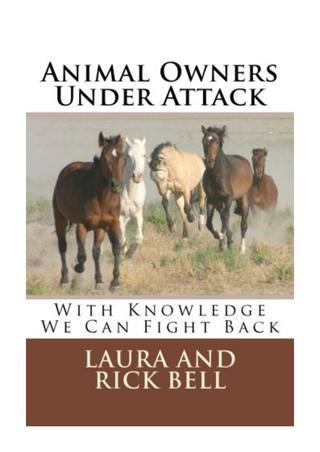 Before I even got started on my investigation, a lively debate emerged.

A horse rescuer named Laura Bell entered the debate. She was critical of Knutilla and seems to have provoked some heated responses criticizing her.

Bell suggests that it is HiCaliber supporters who are anonymously attacking her.

In a post entitled, Laura Bell: Michelle Knutilla at HiCaliber killed over 200 healthy horses, while her cult-like followers enabled her, a commenter, using the moniker ICU, had this to say about Bell:

“Laura Bell is hardly one to talk. She has a personal grudge against Romney Snyder and Michelle Knutilla [founders of HiCaliber Horse Rescue] because Laura Bell herself used to run the same scam with Romney.

“Laura Bell was running kill buyer scams with Romney Snyder until Michelle busted her for neglecting and hoarding animals. Animal Control was involved with dispersing the animals at Laura Bell’s ranch, and we all know AC doesn’t move in easily.  Romney took her scamming expertise straight to Michelle, and instead of scamming straight from the kill pen, they scammed straight from auction and the kill buyer.
Laura has managed to put together some good info regarding HiCaliber and Michelle, but please don’t buy her book and let he prosper from her own abusive past. Disgusting.”

Laura Bell made a rebuttal to ICU:.

Who told you we had animals seized and dispersed?

In reply to ICU.  Poor, pathetic ICU (I know why you won’t use your real name: because ignorant, nasty, small-minded cowards never do, because if they have assets they’d be sued for defamation LOL). Your utterings are so inaccurate it’s laughable. If anyone should buy our book it’s you so that you’d not be vomiting misinformation and lies.

Who told you we had animals seized and dispersed? We didn’t and we continued to spend our own money taking care of horses the likes of people like you – who are shills for HiCaliber – would cheer Michelle Knutilla for shooting.

You also don’t seem to know that I called animal control to our property, not Michelle or Romney. We were fully cooperative in 5 1/2 months of being investigated. Our financials were gone over with a fine tooth comb and it was proven that we not only weren’t neglecting animals, we also spent thousands of dollars of our own personal money on the feedlot rescues (Romney was an unpaid volunteer, but Michelle made money on the transport of rescued feedlot horses in Nevada to their new homes in California) and we also continued to fully support the animals at our sanctuary, which we still do, by WORKING. That’s something your handlers at HiCaliber know little to nothing about (WORKING to earn money instead of living off donations).

After several months of investigation, we were exonerated and absolved of any wrongdoing (by the way, having a ramshackle property, that included pipe panels, shelters, etc, that we entirely financed with our own money with no one’s help, is not against the law). Michelle and Romney also collected several thousand dollars in donations, well before they were even registered as a nonprofit, to “save the starlight horses”, but they never did anything for our horses and KEPT all that donated money for themselves. (It’s called fraud in case you didn’t know).

If anyone knows who ICU is and cares to share their identity with me, please message me on Facebook, or email me at laurab9506@gmail.com and if your info is accurate I’ll be happy to send you a free copy of our book that is getting awesome reviews regarding the rescue racket, false pretense seizures, extremism on both sides of the animal issue, etc. The proceeds go toward the care of our unwanted, unadoptable horses at our sanctuary that were saved from slaughter, and unlike Michelle, we don’t kill, or have them killed by a vet, just because we can’t use them for anything. They peacefully live out their lives with us with no expectations of performance placed upon them. We also don’t put up with ignorant freak-shills for HiCaliber spewing false, defaming bullshit about us because behavior like that is just plain nasty.

Oh, and ICU, I don’t do grudges, I do JUSTICE, as evidenced by the fact of what’s finally occurring with your friends Michelle & company.

In reply to MN, Laura Bell had this to say:

Go back to the HiCaliber playpen, Michelle has your fireball pacifier. LOL

Golly gosh MN (why are all you women so afraid to use your own name? LOL), where do you think Shedrow got their “info” about us? Yep, from Michelle, Romney, etc., when they were pulling the wool over everyone’s eyes. Shedrows’ “facts” came from the HiCaliber players and we have thousands of pages of factual evidence refuting it, which led to our exoneration. You really should buy our book so you’re not so sheeple-like. LOL

Sadly enough, you’re just another small-minded, nasty, petty woman (doubtful you’re a man because men don’t generally do petty, catty, nasty crap that anonymous cowardly women do) that was, and probably still is a true believer, enabler, follower of Hicaliber and Michelle. You probably also say you’re a horse lover, but that’s obviously a lie because if you were you’d not be acting like a gossipy POS and tearing down people like us who spend nearly every penny we earn taking care of horses with issues that you’d never care for for the rest of their lives.

Go back to the HiCaliber playpen, Michelle has your fireball pacifier. LOL

Marty UK, I SHARE every, single Shedrow blog post in various places (although I do note incorrect info if/when I know it’s not factual because I only deal in facts), so what in the world are you talking about?

If you mean the one she wrote about us; since everything she wrote was “info” gotten from Michelle and Romney and we turned in all of our information to authorities when we were investigated, and we were exonerated, why would I mention a blog post that was not factual on many/most points?

That would be silly, right?

I would have been happy to speak to Shedrow, but I don’t deal with people that don’t identify themselves when we’re dealing with important information. I think it keeps people more honest when we know who we’re speaking with…..wouldn’t you agree Marty?

We do mention Shedrow in our book if I remember correctly, and not in a negative way, because even though they wrote non-factual stuff about us, by the time they engaged in May 2017 regarding HiCaliber, our concerns regarding the illegal shootings of horses at HiCaliber had been out in the public for 9+ months, more and more people were speaking up, with many more gaining courage in numbers and they were ready to speak up too. IOW, info could be fact checked through multiple people that had been burned by HiCaliber, in addition to those people we’d been in contact with since late-2013.

Now tell me Marty, are you another true believer, horse-hating, enabler follower of HiCaliber’s? You should be ashamed of yourself.