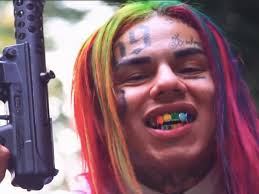 El Chapo was brought down by his own IT guy

Jurors in the trial of Joaquin “El Chapo” Guzman listened to phone calls of him running his cocaine empire — because the FBI successfully flipped his IT man.

Prosecutors say they caught El Chapo on tape between 100 and 200 times, and wiretapped 800 calls after his IT guy, Cristian Rodriguez, helped them decode its encrypted computer system.

The FBI convinced Rodriguez to cooperate with the government — continuing to work for the cartel while undercover. The cartel’s servers were originally in Canada, but Rodriguez convinced his bosses to move them to the Netherlands — handing the feds the encryption keys in the process.

The courtroom listened to calls of Guzman orchestrating a cocaine sale, speaking to corrupt cops and advising a hitman.

Rodriguez will most likely not be charged – and both Steve Ose and Ben Myers may be able to cut similar deals with the feds. Keep it in mind boys.

Unlike Raniere, of whom we have only a written description of the aging Vanguard’s appearance, Tekashi’s girlfriend Jade, posted a photo of Tekashi and her on Instagram which purportedly was taken at MDC. {Our MDC correspondent claims this is unlikely.]

Tekashi’s girlfriend, Jade, captioned the photo “he’s good, enjoy.” She included a winky-face emoji, a heart emoji and ended the post with the hashtag “Free Danny.” [Tekashi’s birth name is Daniel Hernandez].  He was arrested in November, and faces life in prison. Like Raniere Tekashi was deemed a danger to the community and a flight risk and denied bail after his arrest.

The Albany Times Union reports that “Albany Police Officer Christofer M. Kitto’s meeting in Utica with a prostitute — … ended with the death of a man who tried to rob him.”

That man may have been the lady’s pimp.

Kitto, 34, was enjoying some legal gambling at the Turning Stone Casino on Monday when he decided to hook up with a hooker at 5 am at a private residence.  Kitto “reportedly acted in self-defense when he fatally shot 35-year-old Shatelle Hooks after the Syracuse man came in brandishing a knife and tried to rob him.”

Kitto evidently did not get his money’s worth since, before he even started with his prostitute, Hooks allegedly came through the door with a knife, threatening to harm Kitto.

Kitto was charged with patronizing a prostitute, a misdemeanor and was suspended without pay. Utica police said Kitto’s use of deadly force appeared to be justified. He had $3,000 in his pocket at the time.

Perhaps it would have been easier and better for Kitto to have gotten a DOS slave? As a local policeman, Keith Raniere could have provided a suitable slave without the necessity of killing her pimp [Raniere].

Click here to post a comment
Lauren Salzman makes motion for separate trial apart from sex traffickers Raniere and Mack – may hint at cooperation with feds
Guest View: I think the Rat is a liar – here’s why!