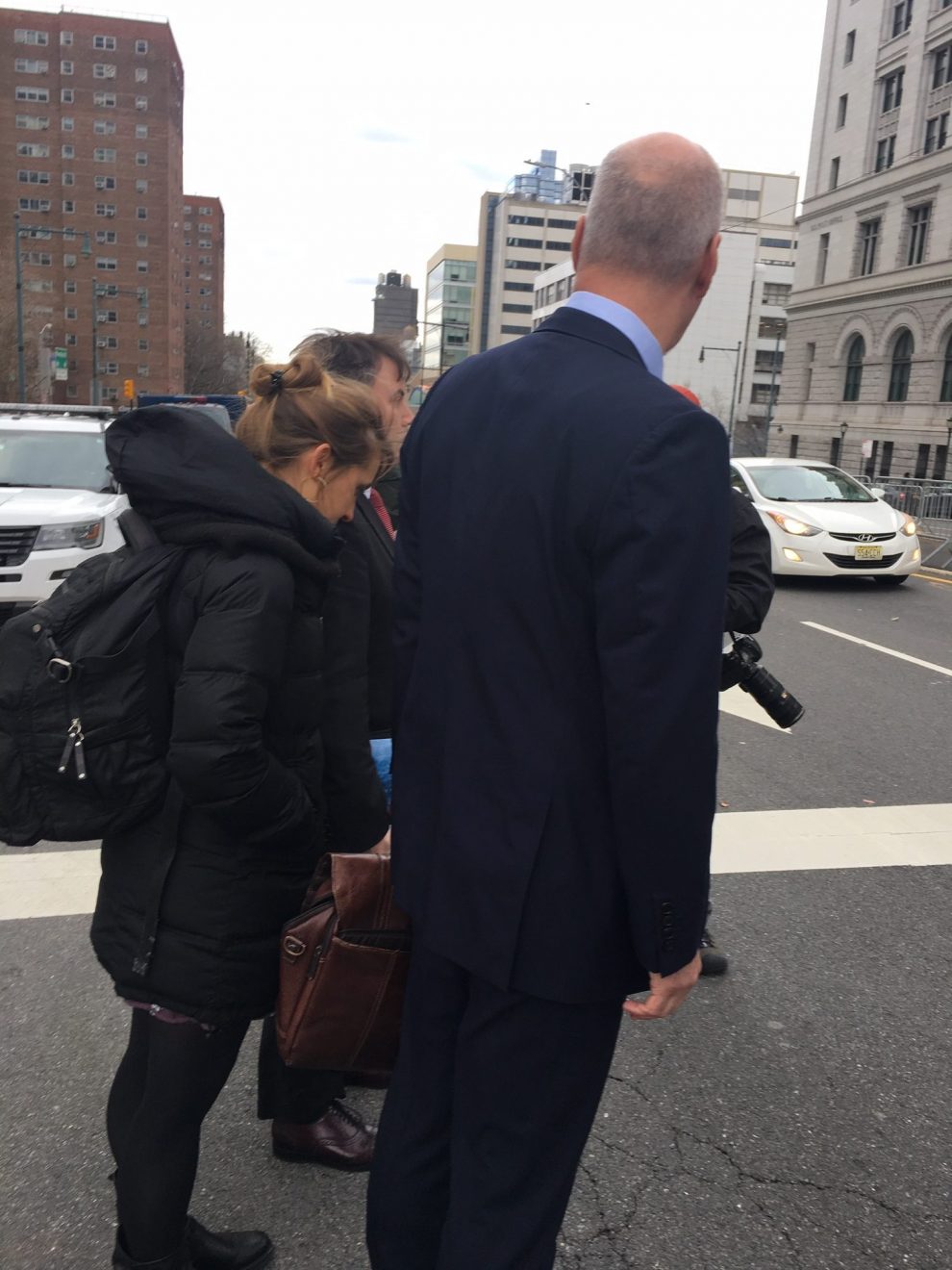 Roberta Glass reported on her YouTube channel on the status conference hearing yesterday that she attended.

She counted 20 lawyers for the defense – and 3 for the prosecution.

She saw for the first time the DOJ’s newest member for the prosecution in the Nxivm case, [Public Integrity Section] prosecutor Kevin Trowel.

Glass said, “He is quite a striking figure. He looks like a Ken doll…. really chiseled, really tall, really handsome.”

Each lawyer on the defense stood up and argued why various charges should be dropped.

Sean Buckley, representing Allison Mack, argued that this is not a typical case of sex trafficking. That the women did the work (e.g., shopping, getting coffee, etc.) voluntarily – and that it is hardly emblematic of true sex trafficking where there is often force and sometimes imprisonment, threats, sweatshops etc. involved — and that the women were not threatened into giving collateral.

Judge Garaufis suggested that their state of mind is important. They might have been in fear over their collateral.

Buckley doubled down, asking, what is the harm that was done to these DOS women?

Marc Agnifilo argued that the prosecutors have not disclosed what some DOS members said to them about the good that DOS did for them. This is Brady material [exculpatory evidence.]

The judge scolded Agnifilo on one occasion over a small issue regarding deadlines.

At one point during the two-hour hearing, Allison Mack had to go to the bathroom. The judge ordered a brief recess.

Glass also had to use the restroom and followed Mack into the ladies room.

Some other women, who also had to use the restroom, thanked Allison Mack for her getting them a break.

There was “an awkward pause” after she said it. “It was an uncomfortable moment.”

The defendants seemed chipper and made small talk, Glass observed.

She also observed the Vanguard:

“Keith Raniere is looking so bad. His hair is parted in the middle. He is dying it some weird color but because his hair has no luster to it – it just looks like frizzy and strange. Last hearing, Melissa Roberto, who does excellent reporting for Radar Online, said he looked like a clown. I say he looks like a mental patient or I am constantly being reminded of Charles Manson when I look at him.  He has that unkempt, crazy, homeless person kind of look.”

These photos of Mack leaving the courtroom were taken by one of our readers.

Maybe things are a little harder on her than she lets on. Maybe taking one for the team might just be wearing on her – at leas a little… 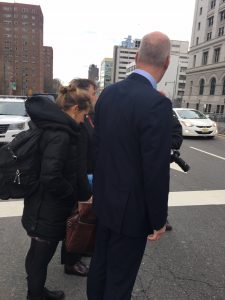 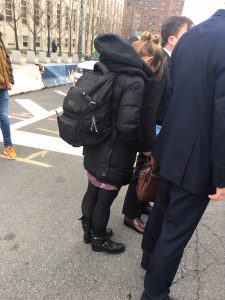 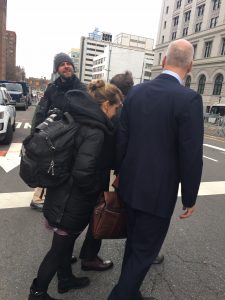 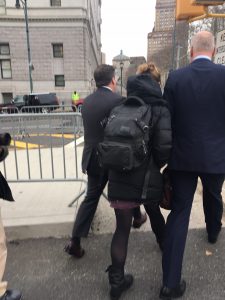 Laura Bell: Michelle Knutilla at HiCaliber killed over 200 healthy horses, while her cult-like followers enabled her
Guest View: We should consider the Rat as being possible two persons
Comment