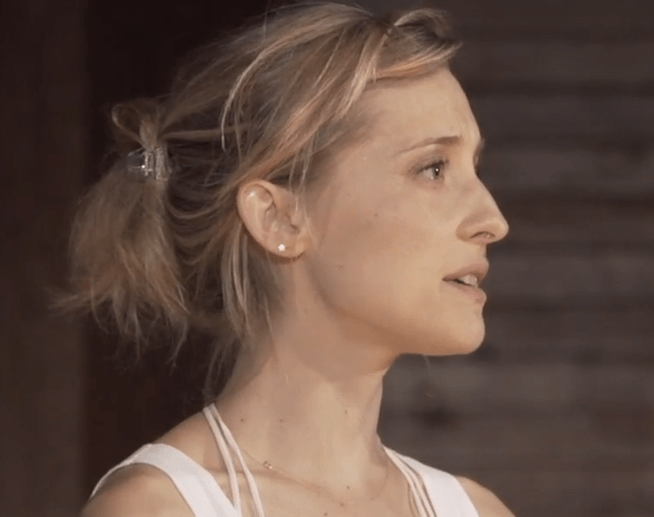 Editor’s note: Allison Mack was overheard in the courtroom restroom at Wednesday’s status conference, admitting she “had to take one for the team.”.” Taking one for the team is an idiom for “accepting some chore, hardship or punishment for the sake of one’s friends, colleagues, associates [criminal or otherwise” and in this case cult members.

Allison Mack is “taking one for the team” because she’s been brainwashed into believing the current “fall of NXIVM” is due to her actions.

No honey. They’re not due just to your actions. They are ultimately due to the false leader that you and everyone else who are still mind-fucked follow.

Do you really think you would be in this situation today if you didn’t decide to join NXIVM and weren’t under their undue influence?

Do you really think you would have ever thought of branding women near the vagina with yours and your master’s initials as some form of female empowerment if you weren’t influenced and led by a sexually promiscuous shell of a man? No. You would likely still have an acting career and be doing what you’ve been doing ever since you were a child.

Honey, shake off the cobwebs from your mind-fuck. These people do not really care for you one bit. They care about your celebrity and what you could do and did for them. And they care about only what you can do for them right now. They’ll say all the right words about sacrifice, yada, yada, yada, but if the script was flipped they wouldn’t give anything of value to save you.

Your acting career is over. Your life is not. Don’t let them continue to take that away from you with some bullshit notions about empowerment, strength, the mission or cause, etc.

Laura Bell: to Barbara Benson – while we saved horses – so many horses were executed because of your type of careless, thoughtless behavior
Judge Garaufis Drops Another Bombshell – And Asks For Even More Information Concerning Clare Bronfman’s Defense Trust Fund
Comment