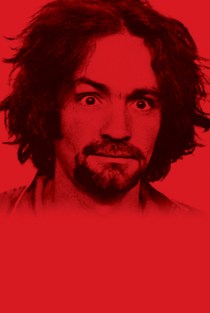 History shows not all women (or men) leave their crazy masters regardless of how much reality is presented to them.

All murdered for their master and all got life sentences.

None of them have really opened up and told their stories of how and why they were willing to do their evil deeds or that they are sorry for what they did for their master.

Steve “Clem” Grogan, originally was sentenced to death for his role in the Manson murders. Grogan got life instead after a judge deemed him “too stupid and too hopped on drugs” to have orchestrated the slaughter. He was sprung from prison in 1985 — the only convicted Manson family killer to be released.

Mary Brunner — She was one the first members of the Manson Family and bore the cult leader a son. Although she played no role in the murders, Brunner was busted in 1971 for robbing a gun store as part of a hare-brained scheme to bust Manson out of jail. She was wounded in a shootout with cops and paroled in 1977. Will any of Raniere’s girls attempt such an escape for their master? Would Pea Onyu?

Lynette “Squeaky” Fromme was a member of the Manson cult but was never charged with the murders. In 1975, Fromme was arrested while trying to assassinate President Gerald Ford. Fromme served 34 years in prison before she was paroled in 2009. Who could kill for Raniere?

Linda Kasabian was the getaway driver when Manson’s minions went on their murder spree. Kasabian later abandoned her cohorts and was granted immunity after testifying against Manson and his followers. Who will wake up and cut a deal instead of going to prison for Raniere? Will it be Nancy Salzman? How about Karen Unterreiner – she is the smartest of them all and so far no charges have been brought against her. Will Allison Mack wake up? Anyone willing to place a bet on her?

Sara Bronfman has always been smarter than her sister Clare. (better looking too) Sara kind of left NXIVM but appears to have had one foot in the door of NXIVM. She married (outside of the cult) and has two children. She moved out of Albany but came back for 2017 V-Week and bought a mansion close to the Raniere Cult Compound, Sara was/is running Rainbow Cultural Gardens in France, were she now lives Will Sara be smart enough to work with the DOJ to protect herself from spending years behind bars and missing a life with her children? Will she be as smart as Linda Kasabian?

Click here to post a comment
Gargiulo: Another Vision: Raniere et al. US Courthouse, Brooklyn, NY January 9, 2019
Laura Bell: to Barbara Benson – while we saved horses – so many horses were executed because of your type of careless, thoughtless behavior