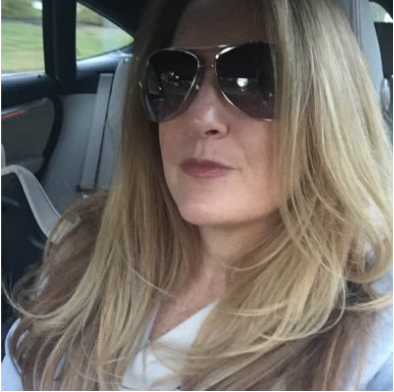 Lots of people have profited significantly from their association with – or representation of – NXIVM/Executive Success Programs (ESP).

Although most of ESP’s “students” ended up owing huge amounts of money to the company because of all the training courses they took in order to move along the Stripe Path, many non-students actually earned some huge fees from NXIVM/ESP.

One non-student who has not received any fees from NXIVM/ESP – at least not any that have surfaced to date – but who has profited greatly from her association with the cult is Albany City Court Judge Holly A. Trexler.

Trexler, who will turn 47 on January 21st, describes herself on her Twitter account (https://twitter.com/htrexler01) as a “former criminal defense attorney extraordinaire”. Surprisingly, the extraordinary Ms. Trexler only has 168 followers on Twitter.

Prior to being appointed to her current position in 2016, Trexler was serving as an Assistant Public Defender in Rensselaer County – and operating her own private law practice that specialized in criminal defense and family court matters.

Before that, she served as a Hearing Examiner for the New York State Department of Education – and as an Assistant District Attorney in Albany County.

What the hell is it with the Office of the Albany County District Attorney – and all the ties to NXIVM/ESP?

Is there some sort of requirement for people who work there to become involved in some way with the NXIVM/ESP cult?

And his various campaigns for public office have been underwritten, in large part by the Working Families Party, which receives large annual contributions from various members of the Bronfman family.

But back to Trexler…

Unlike her counterpart, Michael P. McDermott, who couldn’t scrape up $400/month to meet his student loan obligations after he left the Albany County DA’s Office and went to work for the once-prestigious O’Connell & Aronowitz law firm, Trexler actually figured out how to make a lot of money from her time as an Albany County Assistant District Attorney.

Yep, Trexler became one of the so-called 18-B attorneys who represent criminal defendants in Albany County when the Office of the Albany County Public Defender determines that it has a conflict-of-interest in a case.

In 2008, Trexler managed to rank #2 on the list of more than 100 18-B attorneys and law firms in terms of the amount of fees that she collected from Albany County.

That year she received $184,712.93 for her 18-B work – which was way above the average salary for attorneys in Albany County with her experience and expertise.

But Trexler really earned her spurs – and likely her judgeship – when she agreed to become the Special District Attorney who prosecuted Natalie, O’Hara, and Tighe for criminal computer trespass back in 2015.

Bruce Lennard, the original Special District Attorney in the case, resigned after being in that position for a little over a year.

And miraculously, Rodger Kirsopp, the New York State Police Senior Investigator who was overseeing the computer trespass case, somehow divined that Trexler would be Lennard’s replacement.

Yep, almost 7 weeks before Trexler was appointed to replace Lennard, Kirsopp was meeting with her to discuss the case.

Forget the fact that any discussions he had with Trexler before she was appointed were totally inappropriate and likely illegal, Kirsopp is obviously one hell of a detective to have deduced that she would be Lennard’s replacement even before she knew it!

And so Trexler took over as the Special District Attorney in the criminal computer trespass case – and racked up thousands of billable hours as she doggedly pursued charges against Natalie, O’Hara, and Tighe for more than two years (More on those fees at a later date).

And throughout the time she was doing this, she never once was bothered by the fact that there was absolutely no jurisdictional basis for Albany County to have brought any charges against the three defendants (The computer that was allegedly accessed by Natalie, O’Hara, and Tighe – and lots of other people that Albany County chose not to prosecute – was located in Saratoga County).

In the end, Trexler agreed to have the charges dismissed for one simple reason: Natalie and O’Hara refused to accept any of her plea bargain offers and insisted on going to trial (Earlier, Tighe had pled guilty as part of his broader plea deal on unrelated federal charges – and was given a concurrent 1-year sentence for his supposed criminal computer trespassing).

In addition to getting paid quite well for pursuing a meritless criminal case, Trexler also got appointed to the next opening for a City Court Judge in Albany.

Ya just gotta love how politics work in Albany…

Click here to post a comment
Emails to Frank seek help, offer info – some claim to be DOS/NXIVM victims and beg for help – I respond to each
Guest View: Despite lack of actual sex crimes, Allison Mack and associates will burn!