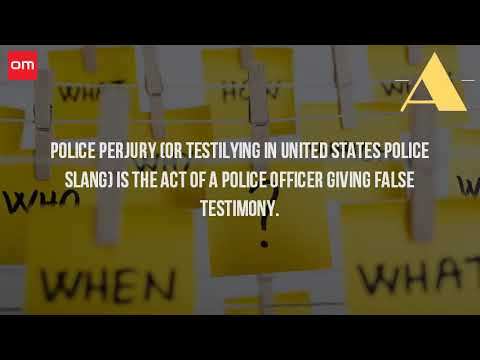 Because a New York State Trooper, Investigator Thomas Judge, admitted during cross-examination in Rensselaer County Court last week that he lied while testifying in the trial, sex offender, Christopher Downey, 32, will serve only 15 years instead of facing 25 years behind bars.

Why did the sex offender get to shave 10 years of his prison sentence?

The prosecution was forced to offer him a plea deal: First-degree sexual course of action with a 6-year-old girl, rather than risk the impact the lying state police trooper might have had on the jury.

But how about State Trooper Thomas Judge? Normally perjury is charged against lying witnesses.  But don’t count on it when a New York State Trooper lies.  At least not anywhere near Albany.

“The revelation that the State Police investigator admitted to testifying falsely during the trial played a large role in the DA deciding to offer a more favorable plea agreement,” said Joseph Ahearn, the county defender assigned to represent Downey.

But, will it mean that the man charged with enforcing the law for others, will have the law enforced against him? Like the laws against perjury.

Ahearn aggressively questioned Trooper Judge last Wednesday morning in court about his interrogation of Downey and his testimony during the trial, catching Trooper Judge in obvious lies.

“So, you testified falsely in this courtroom,” Ahearn asked him, to which Trooper Judge responded, “Yes.”

By Wednesday afternoon, in what must have been seen by some as an attempt to intimidate the jury and Judge Young, several State Police investigators came to the courtroom for Trooper Judge’s return to the witness stand.

County Court Judge Debra Young, taking all due care to protect the lying policeman, asked Trooper Judge if he wanted an attorney present to advise him after he was accused of lying during his testimony.

“Tom …. was not testifying falsely,” LaMarche said after the trial.

It is not known who is paying LaMarche’s bill.

Judge Young met with attorneys for both sides and, perhaps in an unusual move, allowed Trooper Judge’s attorney LaMarche to meet in chambers with them before the plea deal was announced.

“We have conferenced this matter extensively,” Judge Young said before the plea deal was offered on the record by McDermott.

Now, none of this excuses the conduct of the pervert. Indeed, wimpy perv Downey cried and sobbed and his body shook when the plea deal was entered. His lawyer gave him a handful of tissues at one point for him to blow the excess snot dripping from his nose.

But what happens when a society regularly lets people tasked with enforcing the law have a different set of laws for their own conduct.  Imagine if you had lied in court – possibly setting up innocent people – like I suspect was done in the Nxivm case. Or making dumb defendants look guiltier than they really are.

What would happen to you?

For his part, pervert Chris Downey perhaps can thank Tom Judge for lying.  Downey will now go to prison and get out – with good behavior – in his early 40s, instead of his mid 50s.

And Trooper Tom Judge will get away with lying under oath and likely no one will ever report on this story again.  If they do, or if by some miracle the DA dared to bring charges against Tom Judge, you can best believe there will be a cadre of State Troopers in the courtroom looking as menacing and intimidating as they could possibly be for the judge and jury to note.

In this instance, I think Judge Young was scared. Everyone was scared. A State trooper lied and got caught.

And only the latter was anything unusual.

Click here to post a comment
Shadow: Allison Mack — enough of the pity party – Look at the Bright Side of Life!
NEW YORK TIMES AND “THE FBI INVESTIGATION” OF PRESIDENT TRUMP…WHAT A FREAKIN’ JOKE!