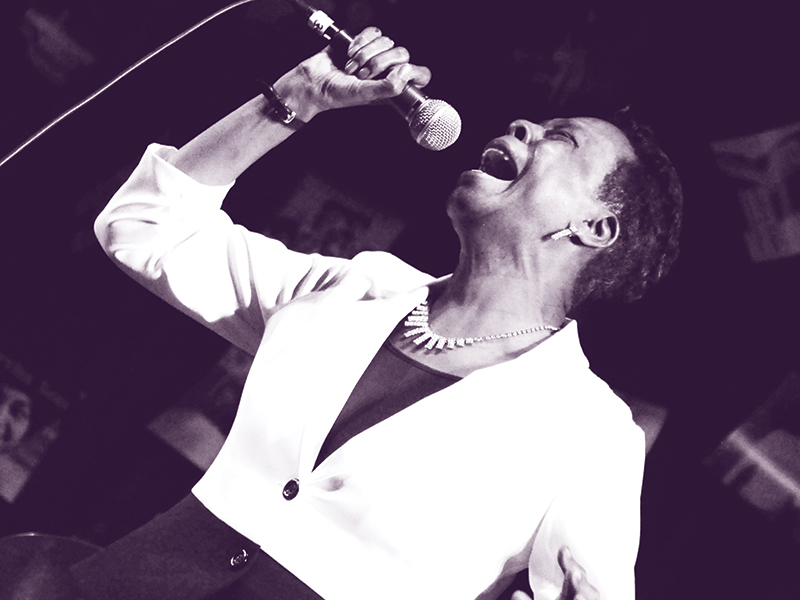 WELLSVILLE,NY-The Carolyn Kelly Blues Band will be performing on Friday, January 25th at the Wellsville Creative Arts Center.  Show starts at 8pm.  Advanced tickets are $18,  $20 at door.   Tickets may be purchased online at www.WellsvilleCreativeArtsCenter.com or at the Art Center Coffee House.  For more information visit the website or call (585) 593-3000.

The Carolyn Kelly Blues Band showcases one of the best vocal talents in upstate New York. The core of the band is comprised of Carolyn Kelly (vocals), Don Solars (drums), Nick Humez (guitar) and Jim Pavente (bass).   The band’s roots date back to the time when they all performed with the legendary Roosevelt Dean.  Carolyn first performed with Rosey when she was in her twenties and then reconnected with him in 2005.  Since Dean’s death in 2009, the band has continued performing and Carolyn has developed the band into her own.

A natural vocal talent, Carolyn’s emotive deliveries carry an audience on a roller coaster ride of emotions from lust to scorn and everywhere in between. The band’s energy and groove fit perfectly with Kelly’s timbre and they continue pleasing audiences throughout New York.  With a natural stage presence, Carolyn embraces and involves the audience on a very personal level, at every one of her performances.

Kelly’s second CD, produced and recorded with Dean, earned her a Sammy (Syracuse Area Music Award) for Best Blues and it was a fitting epilogue in Dean’s illustrious career.  This CD was to be the last that Dean produced and contributed to. In 2011, Carolyn and her band played with Big Bill Morganfield (Muddy Water’s son) at a Blues fest in the Southern Tier.  Carolyn’s third CD, Somebody Told Me, released in 2012 displays the maturation of the artist as a singer/songwriter and is easily her best offering to date.

“Armed with the most soulful voice in Syracuse, The Carolyn Kelly Blues Band keeps their slow-cooked blues steaming on stage and in the studio– and Somebody Told Me proves it.” -Jessica Novak, SYRACUSE NEW TIMES MUSIC EDITOR