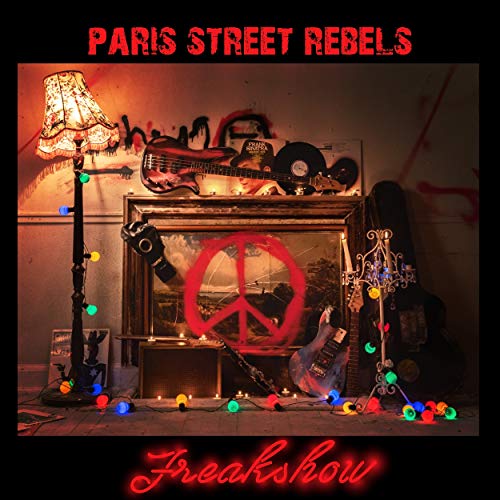 Willed into existence in the year 2017, Paris Street Rebels take the best parts of the transatlantic Punk explosion of the 1970’s and combine it with towering melodies and 21st century working class outrage.

The 4 piece hail from the tough mining town of Ballingry, Fife, Scotland.
The mines have long shut down and ‘Thatcher’ is still a dirty word, the band look to music as an escape, an antidote and a means to elevate themselves and others like them from the indignity of a story left untold, a destiny unfulfilled.

Informed and inspired by their own lives and the records that shaped them a pact was formed in between the chord changes and a promise was made.

Beyond the confines of their beginnings, Paris Street Rebels’ ultimate goal is to unite the forgotten people, the misfits, the lost, the persecuted, the afraid and everyone in between.

To give something back in an age where musicians and artists only exist to take.
To give the world what it’s been missing ever since Rock ‘n’ Roll lost its teeth.

‘I Don’t Wanna Die Young’ is a meditation on suicide and it’s uncomfortable place within celebrated Rock ’n’ Roll myth, in an age where mental illness is finally losing its stigma and hope is still out of fashion. This is the bands attempt to put that last part right.

‘Freakshow’ is a schizophrenic anthem penned in desperation. The need to escape to an almost mythical, promised land where authenticity trumps artifice and drives the narrative whilst simultaneously realising that this can only be achieved by changing the place and time you’re in.

Built from old smashed up Punk LPs and broken bottles it’s designed to excite and leave a nasty scar.