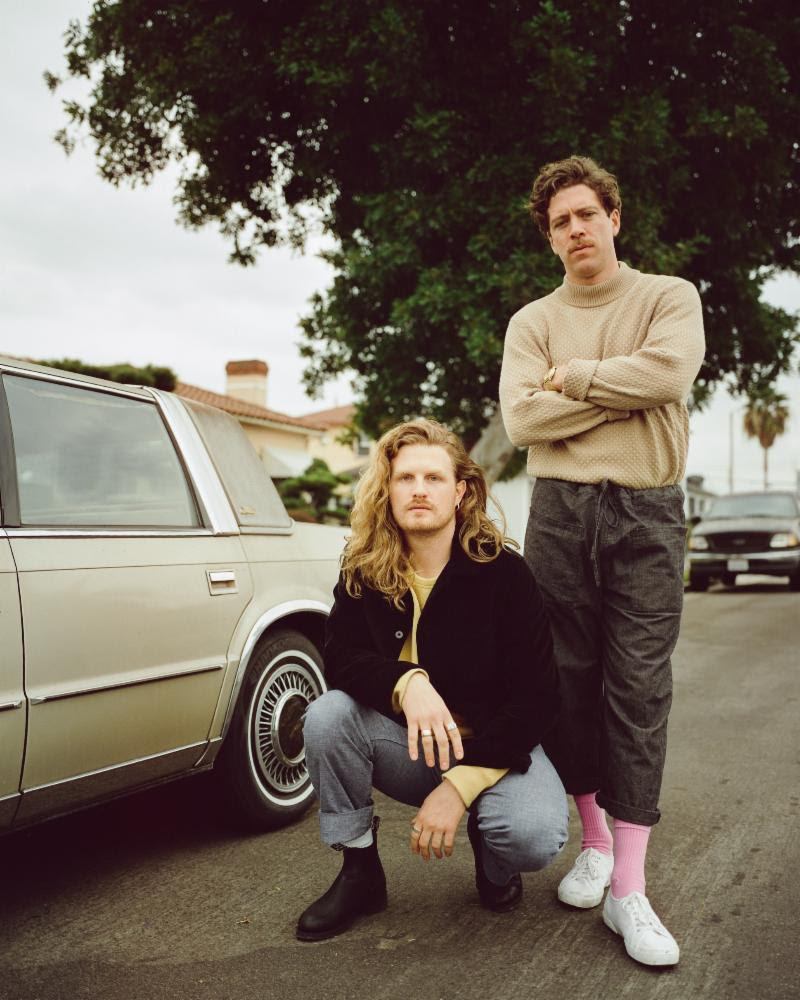 “[‘Wanted A Name is a’] rousing…catchy synth-pop song…” – Billboard

…authenticity, and [a] penchant for catchy pop… – V Magazine

“…a windswept, cinematic brand of synth-pop, the kind of music you imagine bursting forth the moment you first kiss your first love.” – FLOOD

Platinum-selling duo FRENSHIP – James Sunderland and Brett Hite – have returned with a brand new single “Wanted A Name” feat. Yoke Lore, out now via Counter Records (part of the Ninja Tune family.) PRESS HERE to listen to the song – the first taste of their forthcoming 2019 album – and check out the first look on Billboard. Rousing and undeniable, the track’s propulsive sonics and soaring melody give way to musings on if the elusive feelings of love, acceptance and validation will ever be re-captured. FRENSHIP, who bring their diverse inspirations to wide-angle pop songs marked by warm vocal harmonies and unshakeable hooks, wrote “Wanted A Name” after their very first headline tour where they had experienced their biggest audiences yet. The sudden shift of returning to the quiet of home away from the electrifying energy of the crowds night after night inspired them to explore the drive to chase those lightning-in-a-bottle moments in life.

“We love the interaction with our fans when we’re on the road,” says Hite, “The love and appreciation is flowing but, when the tour is over, it’s easy to wonder if that feeling will ever happen again. It can be an isolating feeling trying to figure out how to turn those amazing moments into something that will last.”

Adds Sunderland, “Our lives revolve around writing, touring and perfecting every element of what you see and hear from us, which fuels us and brings us happiness. In the midst of focusing on that, we don’t want to lose sight of what made us start making music in the first place. This song is an attempt to regain that original feeling of pure excitement of sharing our music with the world.”

“I did the longest tour of my career this year with Brett and James from FRENSHIP,” says Yoke Lore. “I learned a lot about pacing and patience. As we make the road our lives and we make our instincts our livelihoods, we tend to sacrifice certain romances to which we were initially drawn. This song is about how we keep that spark of awe alive within each note we sing, how to sustain the longing after we have achieved the goal. How to keep that feeling connected to the art itself and to the part of ourselves that allows us to be part of such magic making.”

FRENSHIP’s songs are painted in bold, bright colors, shaped by varied influences like the brash innocence of 80s pop and the experimental streak of 90s hip-hop. Their breakout 2016 global platinum hit “Capsize” with Emily Warren proved to be a game-changing moment that skyrocketed FRENSHIP to new heights. The song has notched over 600 million streams (adding to their 750+ million total streams), garnered multiple gold and platinum certifications around the world, and saw them picked as Spotify’s #2 Breakout Artist in 2016 and one of Shazam’s 2017 Emerging Artists. It received huge radio play as well hitting #1 on Z100 NY and #2 on KIIS FM LA, and received media praise from the likes of Billboard, NYLON, V, Idolator, Ones to Watch, The Independent, Wonderland and more. Following “Capsize,” FRENSHIP released a string of successful singles, including “1000 Nights” which they performed on Jimmy Kimmel Live. They have played festivals like Lollapalooza,
Bonnaroo, Voodoo and Outside Lands and supported Bastille on their 2017 world tour before selling out their 2018 U.S. headline shows.

After forming in Los Angeles in 2013, Brett’s singer-songwriter background and affinity for Hawaiian music and punk rock and James’ choral upbringing, film scoring experience, and music production background along with an admiration for the B-52s and Peter Gabriel meshed into an irresistible musical partnership that is definitely one to watch in 2019. There’s a lot more to come from FRENSHIP this year. Stay tuned!