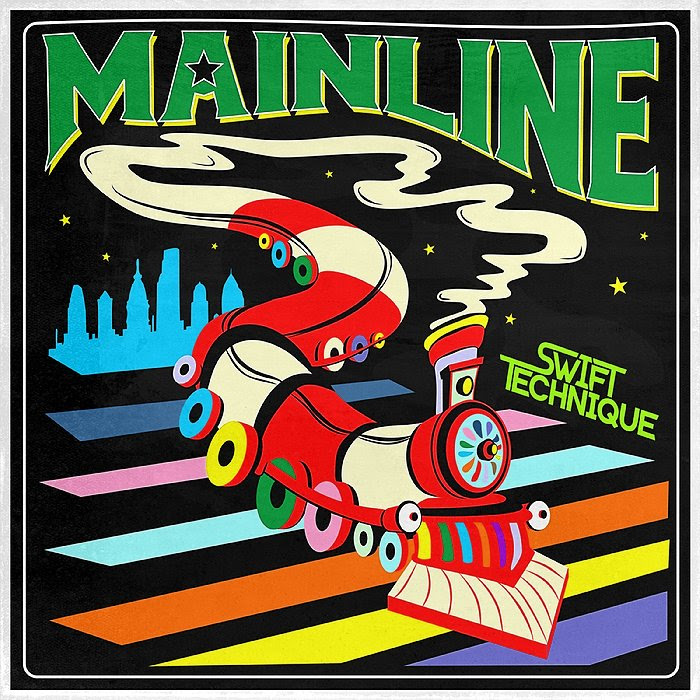 Swift Technique, Philly’s fiery funk extravaganza, are poised to release a new single, titled “Mainline,” to all major digital outlets on Friday, January 18th. The band is coming off a banner year in 2018, with shows up and down the East Coast from Vermont to DC, to Michigan and back, plus multiple festival appearances throughout the Summer. In September 2018, they released the official music video for their original song “Annawanna”. Moving into 2019, the band has begun work on an upcoming full length album release.

Swift Technique’s music video for its single “Mainline” is a love letter to the Philly suburbs and all its denizens, including “Philadelphia’s favorite aunt,” Aunt Terri! Featuring the silky sexy vocals of vocalists Chelsea ViaCava and Nik Greeley, “Mainline”’s music video takes Aunt Terri on a wild goose chase to find her nephew “Lil’ Kev” (in reality, ST’s guitarist Andy Bree) and see the band perform. Along the way, the other band members make cameos.