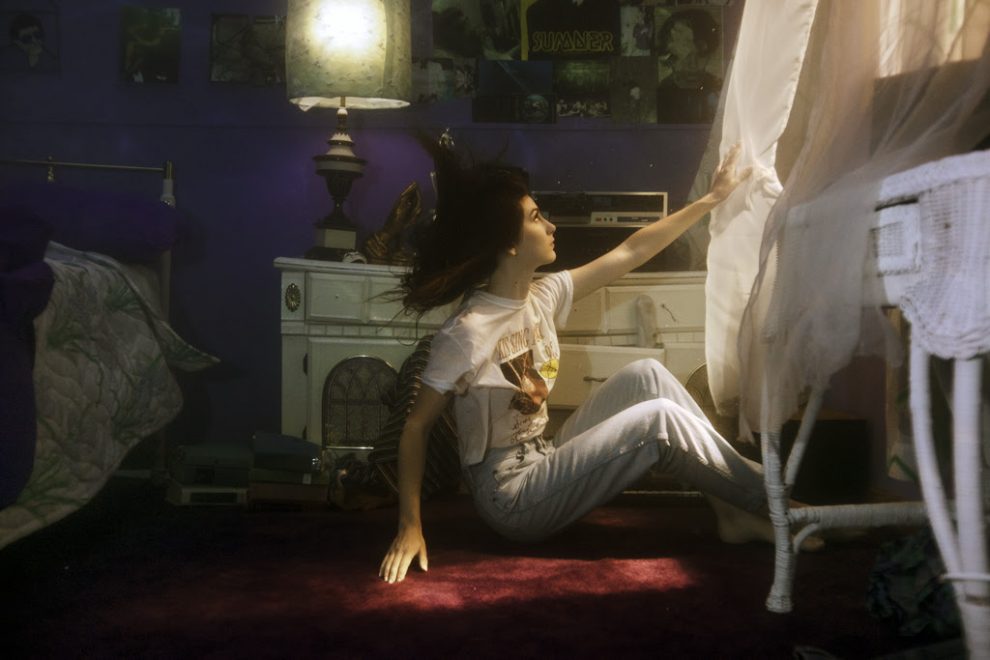 “Andromeda” plays on a few themes (mythology, astronomy, technology), and is ultimately a love song about finding something long-lasting in an ever-changing world full of distractions, unrealistic expectations (“looking up to the sky for, something I may never find”) and past disappointments.

“Andromeda” was written and composed by Weyes Blood’s Natalie Mering, co-produced by Mering and Jonathan Rado, and mixed by Kenny Gilmore in Los Angeles. “Andromeda” will be found on her highly anticipated fourth album, due out later this Spring worldwide from Sub Pop.

Weyes Blood has scheduled four California shows this spring, beginning April 1st in Fresno at Strummers and currently ending April 4th in Los Angeles at the Masonic Lodge. Tickets for these shows go on sale Friday, January 18th at 10 am PST. Additional dates will be announced soon.

What people have said about Weyes Blood:
“…She crafts emotional epics that masquerade as psych-folk ballads, subtly symphonic songs that are informed by yesterday but live and breathe right now.” [Best New Music, Front Row Seat To Earth] -Pitchfork

“She embraces composure as a response to her generation’s uneasiness with the ruination of the planet and fading promises of stability and prosperity. Rather than treating gentleness and grace as liabilities, she refracts her kinship with the voices of ’60s folk singers like Joan Baez and Mary Travers, ’70s soft rockers like Karen Carpenter, and Celtic new-age stylists like Enya — particularly their dulcet timbres, cursive phrasing, and willowy vibratos — through her own vision.” – NPR Music

“…’60s-leaning throwback bursting with cinematic harmonies, a lysergic, dream-like melody, and vocals that sound like they were dug up from ’70s-era Laurel Canyon and Downey when the likes of Joni Mitchell and the Carpenters roamed…” – Elle

“Mering envelopes hearts with her mournful, full-throated bellow, which would have been just as at home in the folk-heavy ’70s as it is in 2016.” – Newsweek