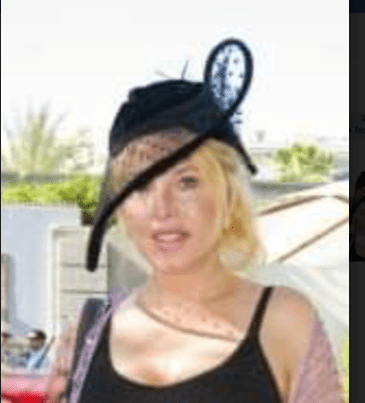 Your Tax Dollars at Work

On January 2, 2019 at approximately 3:30 PM, I was in the parking lot of a supermarket near our new residence when two uniformed police officers in a patrol car called out my name as I emerged from my vehicle.

After establishing my identity, which NEARLY matched the description of the “suspect” police were searching for, the officers explained they’d received an emergency dispatch from Adult Protection Services IN A DIFFERENT COUNTY alleging that a person in my care was being actively “neglected” in that very moment they received the dispatch call – at 3:20 PM –  per the police report. 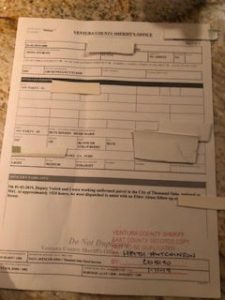 When I was asked the whereabouts of the allegedly “neglected” person in my care, I slid the side van door open to introduce the officers to my healthy, well-groomed, beaming adult son, comfortably and safely secured in the back of the wheelchair adapted Van, in his wheelchair.

The cops both already knew based on the “anonymous” call – that my son is a person who requires 24-hour protective supervision due to his epilepsy.

Meanwhile, at our new home, two police patrol units were dispatched to search my home. The police did not necessarily intend to tell me about the unlawful, un-WARRANTED search — a search without a search warrant.

During their search, one of the cops accidentally activated a special phone adapted for my disabled son’s use that automatically calls his father, Jeff.  When no one replied to Jeff’s response to the call, he rushed over to the house, calling and calling all the while until, finally, an officer answered the phone at the house.

The officer said they’d wait for Jeff at the house but the patrol cars took off before he arrived.

Meantime, in the parking lot — after realizing they were victims of an apparent hoax  — I asked for their cards. The two cops explained how their business cards hadn’t yet been printed and how their police “partners over at the house,” would be the ones to provide the report number.

They did inform me that none of our new neighbors, in fact, nobody in the County we’ve moved to made any complaint. They stressed it was a referral from LA County, not Ventura County Adult Protection Services. That the “anonymous” call to LA county did not originate from my ex-husband.

Just then, one of the patrol units who’d apparently left our nearby home to come to the parking lot, which my son found far more amusing than I, pulled up and one of the officers queried me about our whereabouts that day.

In fact, we’d just left a disabled young adult activities program in Ventura County, where we’d spent nearly the entire day together before stopping off at the food market on our way home.

Due, in part to the fallout of the Malibu fires; mudslides, construction, traffic and dangerous road conditions, we haven’t been in LA COUNTY much — where my son was allegedly being neglected and a police dispatch was required to rescue him — for weeks!

One clue as to who or what may be behind this misuse of law enforcement at a time when many Govt. workers aren’t being paid at all and resources are stretched thin, is found in the police report description of me, the suspect, that was “anonymously” called in.

As you’ll note in the report, the suspect described to the police by the allegedly anonymous caller has “blonde or STRAWBERRY” colored hair. 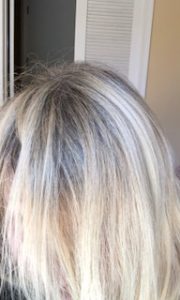 This is a photo of my current hair color for the past several months. I’ve been “neglecting” to color my hair due to time constraints while caring for our son, with little assistance due to cutbacks for disabled services. (I have some wait time to muse on FR, while my son is at various activities which I transport him to and must remain close by in case he has a seizure).

There is not a strand of “Strawberry” color in my naturally ash brown dark hair, nor has there been any strawberry or red tone for years, not since my last bad bleaching accident, the day prior to the taking of the photo of me FR previously ran with my comments and stories.

This suggest that the anonymous caller hasn’t seen me in person recently and likely also wanted to be sure there was no mistake in identifying and, hopefully, “arresting” me — based on what he or she believes I look judging from the time of that photo.

This is not, as our local police at our old home in Malibu, and even the FBI are aware, the first time in recent years, i have been harassed.

I am fairly certain Bronfman (and/or Salinas) money is behind those carrying out ongoing plans to destroy various Nxivim “enemies,” using even government personnel and contractors.

Strangely, caregiver and nursing agencies, such as one in Calabasas, “Gibraltar,” sent me caregivers one who said his name was “Keith” — who was an African whose “real” name is “Promise” — who tried to entrap me in a time sheet fraud scam, another care giver named “Lauren” — whose “real” name is “Ariel” — a hottie from Long Island, NY who drove a badass new Prius cross-country and offered to pay for our internet service when I claimed I had it off because I couldn’t afford it  and “Jezebel Lopez,” who frequently phoned with an excuse but never showed up while Frank Parlato was our house guest.

And then there was “Puto” who was playing tech games and threatening my young cousin from Clifton Park who threatened me repeatedly and only stopped when Frank Parlato confronted him.

So, while I deeply sympathize with the real “Keith Raniere’s” traumatic past, where he claimed in a New York Times Magazine interview he was forced to be his dying mother’s “sole caregiver,” I do wonder if part of his multi-billionaire sponsored world takeover plan doesn’t include some sort of “Rainbow Cultural Garden” human trafficking element, through certain government contracted caregiver agencies.

At least, that may be what Clare was told to justify her “business” expenditures toward quashing one of KAR’s enemies.

I am kinda torn between wanting to see Dennis Burke fry fast and furious, or see him last long enough to whittle down those wicked wenches fortunes until they can’t even pay off cheap desperadoes to do KAR’s bidding.

If it’s an “investment” in human trafficking through greedy contractors, Clare, that’s another big miss for you in California, well everything you’ve backed Vanguard in. Laws are passing to cut out government  contracted caregiver and RN agencies altogether, with pilot programs in effect this year.

Meantime, guess what? We just got authorized for daily RN services to avoid the sort of inappropriate police incident that occurred on January 2nd.

Timing is everything! When I pulled up to the supermarket I had planned to leave my son alone for 5 minutes while I went to the ladies room in supermarket.

Suppose the cops came two minutes later than they did. I could have been arrested, then who would be covering my son 24/7?

While I waited as the cops interrogated me, I wanted urgently to use the ladies room. Next time I’m not going to hold it in while enduring being interrogated! I’ll have THEM provide the protective supervision while I use the restroom.

Of course there is nothing concrete that ties Nxivm et al. to the police responding to an anonymous complaint, or curious caregivers who falsely gave their names as Lauren and Keith, and the mysterious Jezebel who suddenly did not show up when she found out Frank was there.  Or Puto threatening me. It could be just serendipitous, opportunists, petty extortionists, but when you have been in the Nxivm wars, and gone on record exposing them, you look over your shoulder.

And when someone is there lurking, you cannot help but wonder, who sent them.

Five more gems from MK10ART – including Keith’s imagined outcome of Nxivm trial
Shadow: Nancy and Lauren, tied with Raniere and Allison Mack, are under immense pressure to cut a plea deal
Comment