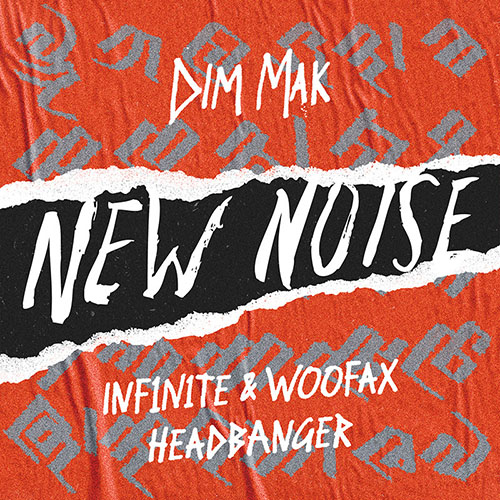 With a sonic explosion of power chord dubstep, INF1N1TE & Woofax thrash their way to the front on their wobbling New Noise debut “Headbanger.”

Hailing from outside of Calgary, Alberta, INF1N1TE, is making tremendous waves on the electronic music scene with his innovative, sharp, devastating sounds. “Headbanger” follows a prolific 2018 for the Canadian artist, a year that saw him drop over twenty releases. He made his presence known on the road, performing at Lost Lands and his own cross country North American fall tour, in support of single “Overrun.” Entering 2019 with several songs on Spotify’s Dubstep Don playlist, a fresh remix of Riot Ten’s “Blitz (feat. Virus Syndicate)” and now “Headbanger,” INF1N1TE gears up to support Spag Heddy on select Noodle Neck Tour dates this winter.

Coming off of a pair of EPs (Journey, Momentum) last year, Woofax (Matt Simmers) continues to push forward on his musical journey. For over a decade, Simmers was a major musical creative force in electronic music groups Terravita and Hot Pink Delorean. He has also released heavy dubstep productions under the pseudonym Tremourz. His original music and involved projects have been licensed to entertainment on networks such as FOX, MTV, CBS and Netflix. Additionally, his mixing and mastering engineer skills landed him projects in the studio working alongside the likes of The Crystal Method, Dillon Francis and Excision. Operating now under the Woofax moniker, the lifelong electronic music architect aims to bring energetic multi-genre releases to the forefront.

New Noise is Dim Mak’s new music discovery imprint that focuses on cutting edge sounds from burgeoning artists across the genre spectrum. New Noise originally got its start as a compilation series highlighting fresh faces handpicked by Steve Aoki and the Dim Mak crew. Since then, the platform has evolved into a bi-weekly, free-download model based on singles. New Noise’s current incarnation is also copyright free, which allows the budding community of Twitch gamers and amateur YouTube creators to use New Noise music in their videos and live streams without the need to purchase or pay fees, all in exchange for linking back to the artists and their music.