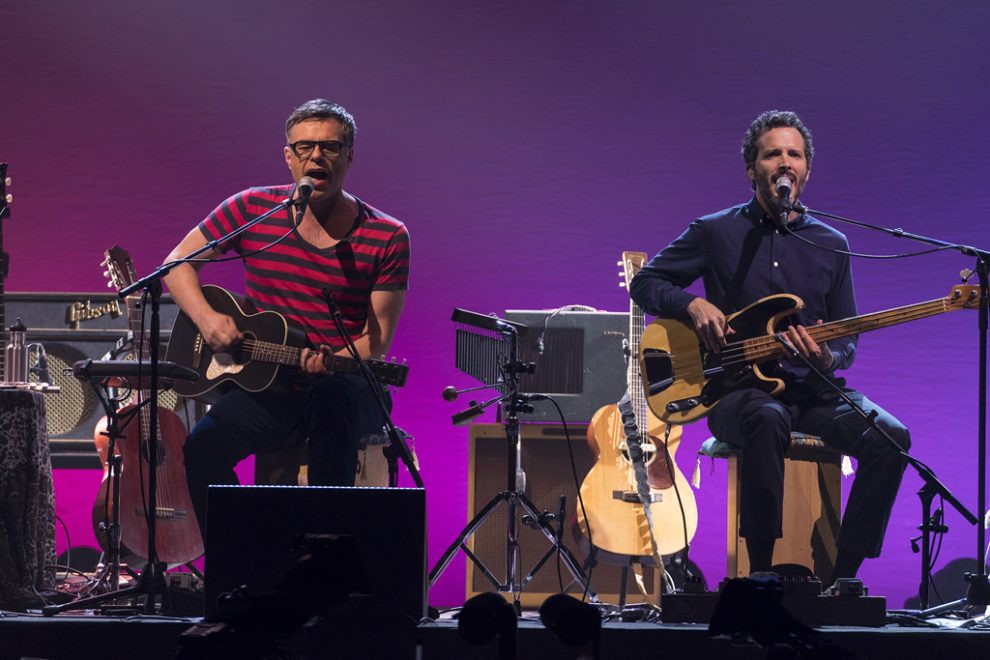 The Live in London album features 7 new songs including “Iain and Deanna,”“Father and Son,”“Summer of 1353,” “Stana,” “Seagull,” “Back on the Road,” and “Bus Driver.” The album also features performances of fan favorites “Inner City Pressure,” “Bowie,” “Foux du Fafa,” “Mutha’uckas – Hurt Feelings,” “Robots,” “Carol Brown” and “The Most Beautiful Girl (In The Room)’ (the latter two bonus tracks edited out of the broadcast due to time constraints).

New Zealanders McKenzie and Clement debuted on HBO in 2005 in an edition of the comedy series “One-Night Stand,” returning to the network in 2007 for the debut season of their acclaimed, Emmy-nominated series “Flight of the Conchords,” which followed fictionalized versions of their lives in New York City. The duo also signed a worldwide deal with Sub Pop Records for their recorded music, going on to release the Grammy-winning EP, The Distant Future in 2007, followed by two full-length albums – their self-titled debut in 2008, and I Told You I Was Freaky in 2009.

The Conchords have also enjoyed individual success. Clement’s film credits include the “Rio” movies, “Men in Black 3,” “What We Do in the Shadows” and “The BFG,” and he’s also been seen in his role in FX’s “Legion.” McKenzie was the music supervisor for “The Muppets,” which won him an Academy Award® for Best Original Song for “Man or Muppet,” and “Muppets Most Wanted.”