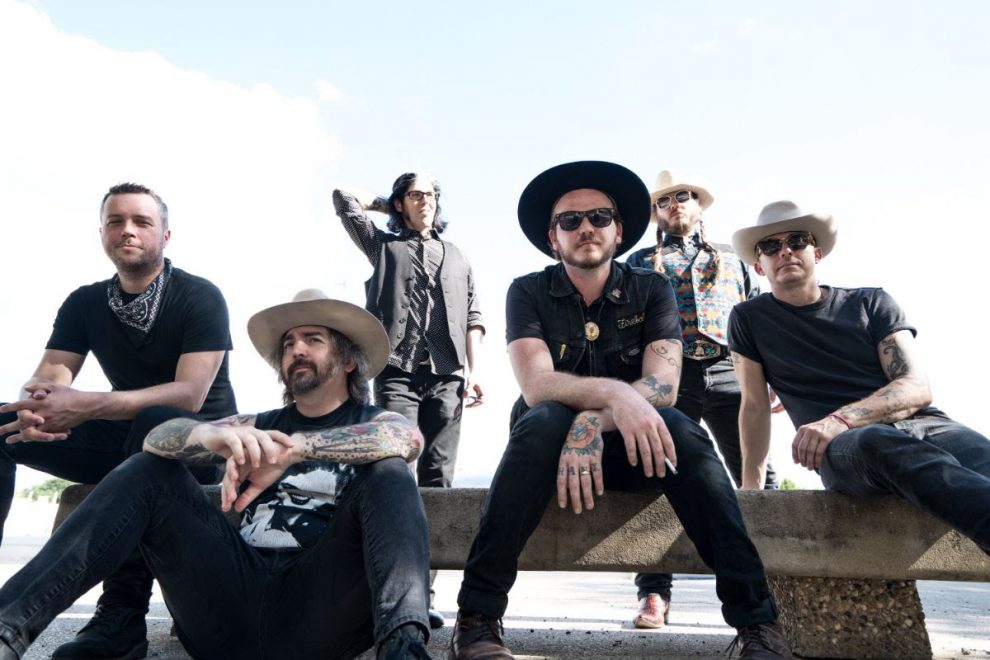 Vandoliers are the next wave of Texas music. The six-piece Dallas-Fort Worth group channels all that makes this vast state unique: tradition, modernity, audacity, grit, and—of course—size. Produced and recorded by Adam Hill (Low Cut Connie, The Bo-Keys, Deer Tick, Don Bryant, Zeshan B) at American Recording Studios in Memphis, TN, the band’s third album (and first with Bloodshot) Forever is a mix of defiant punk, rugged Red Dirt country, and vibrant Tejano. The full-length’s 10 songs blend emblematic rock ‘n’ roll with bold horns, violin, and a slather of twang reflecting where the band is from, where they’ve been and, eventually, where they’ll be headed. It’s regional anduniversal all the same.

BIO:
Formed in 2015, the self-proclaimed “Converse cowboys” are a group of Dallas-Fort Worth musicians who have each logged more than a decade in their own respective punk, folk and country bands. Vandoliers mix raw, rough-edged roots music with the focused, fiery storytelling of frontman Joshua Fleming. Behind him, the band—bassist Mark Moncrieff, drummer Guyton Sanders, fiddler Travis Curry, electric guitarist Dustin Fleming, and multi-instrumentalist Cory Graves – have honed in on a sound that’s uniquely their own, equally informed by the country and Tex-Mex sounds of their home state and the unbridled music of their youth. With their Bloodshot Records debut, they’ve galvanized these influences to enter into a new frontier of Texas country-punk, one that takes cues from the past, but carries them to refreshing new heights. It’s twang and tattoos, grit and guitars, honky-tonk and horns.

Cosmic Space Rock From Desert Ships New Album ‘Eastern Flow’ Mixed By Rides Mark Gardener
Retired at 70 and Enrolled in Medicare… Why is My Part B Premium Over $500?
Comment