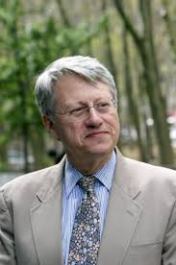 Today, an order by Judge Nicholas Garaufis was entered into the docket in the case of the US v. Keith Raniere, Allison Mack, Nancy Salzman, Lauren Salzman, Kathy Russell and Clare Bronfman.

“The parties are DIRECTED to appear for a status conference before the undersigned on January 28, 2019, at 11:00 A.M. in Courtroom 4D South to discuss issues concerning the irrevocable trust (the “Trust”) that is paying the legal fees of all Defendants (except Clare Bronfman) and certain witnesses.

“All Defendants are required to attend. In particular, the court plans to address issues it has identified in its review of the Trust’s indenture and the declaration that Defendants submitted in response to the court’s 266 January 9, 2019 order. The court will schedule the anticipated Curcio hearings at a later date. Ordered by Judge Nicholas G. Garaufis on 1/23/2019. (Haddad, Andrew) (Entered: 01/23/2019)”.

Judge Garaufis has reviewed the trust, and is pulling back the covers on who is putting money into the trust; how much money is left in the trust – and whether that is sufficient to pay for the attorneys for Raniere, the Salzmans, Mack and Russell through the trial; who is benefited by the trust; and, most importantly, what conflicts arise or might arise out of a trust where one of six defendants – Clare Bronfman – is funding [partially or fully] through a trust – the defense of her five co-defendants.

The status conference will likely set the schedule for how to go forward, define the issues, and devise a road map of how get to the bottom of all these thorny issues.

Other than Bronfman, it is unlikely that any of the other defendants in the case have enough money to pay for their own attorneys. Thus, they are totally dependent on Clare and whoever else is funding the trust.

And trusts, like almost everything else, abide by the golden rule: She who has the gold, rules.

Is the trust serving to fund attorneys who have each client’s best interest at heart? Or is there a subtle, implied and unspoken “master plan” to save Bronfman and Raniere first and foremost? And let the others take the fall.

Or if not take the fall, to fight to the end in unison when the best interest of some is not to be in unison with Raniere and Bronfman.

Kathy Russell’s attorneys are now claiming she was set up by the prosecution, falsely induced to go before the grand jury as a witness, and then subsequently indicted.

The question is, who paid for the lawyer that provided her legal advice prior to her appearance before the grand jury (Although he accompanied her to/from the trip to Brroklyn, lawyers are not allowed to accompany their clients when they testify to a grand jury)?  Was it Bronfman? if it was, then why didn’t that lawyer protect Kathy better?

Russell answered some questions in the grand jury, but pleaded the 5th Amendment when it came to questions about Clare Bronfman.

Was that the right thing to do? Shouldn’t her attorney have contacted the prosecution prior to her appearing to ascertain if Kathy could have benefited by a distinct plan for immunity, if one was available, based on forthright testimony and full cooperation?

According to Russell’s present attorneys, she just showed up with her attorney, who had no prior contact with the prosecution – other than a sole email saying he was coming.

Was she, in effect, a lamb led to slaughter? Her individual best interests abrogated for the welfare of Bronfman and Raniere?

I suspect she almost certainly could have avoided indictment had she had independent counsel and was willing to provide truthful and fulsome testimony against Raniere and Bronfman. Instead, she repeatedly asserted her 5th Amendement rights whenever she was asked any questions that might implicate Raniere or Bronfman – and wound up getting indicted herself.

The prosecution alleged in another instance, where another NXIVM member was subpoenaed to the grand jury, that the witness first to a Bronfman-paid attorney who told her he would only represent her if she pleaded the 5th.  If she was seeking to cooperate – forget it. If she wanted to know her options to avoid indictment via cooperation – forget it.

The witness wisely chose to cooperate with the feds and she was not indicted.

If Kathy Russell had not gone to a lawyer who was quite likley being paid by Bronfman, she very likley could have cut a deal to be a witness and not been indicted.  I submit that it was not the prosecution that misled her, but rather it was her lawyer who misled her.

It was the inherent conflict of Kathy Russell being advised to selectively plead the 5th and alternately testifying to try to advance the Raniere Bronfman agenda in the grand jury that most likely led to an indictment that otherwise might have been avoided.

She would be a witness for the prosecution now, not wearing an ankle monitor, not on home curfew every night, and certainly not facing years in prison.

But she seems to have gone to a Bronfman-paid attorney and that made the difference. She tried to protect Bronfman and Raniere and maybe to some extent she did.

Perhaps she know of other crimes those two committed.

Maybe for Kathy Russell it is not too late, though she is still in the hands of Bronfman-paid attorneys.

She might yet be able to make a good plea deal.

Meantime, the judge has a difficult task:  Unraveling the conflict inherent in the trust situation; parsing the lies of habitual liars; and sorting out the self-serving professions of the 20+ Bronfman-paid lawyers – who will certainly claim they are uninfluenced by who is funding the trust.

Other questions that the judge will need to resolve is how much is left in the trust – and how will they get more money into it if/when the trust runs dry?

Do the big shot attorneys get to deplete the trust just in the less important motion phase of the case – and then get to quit when it’s time for the trial and there’s no more money?

Will more strings be attached for more infusions into the trust?

There are many questions and no matter which way the judge ultimately rules, someone will likely appeal his decision.

There is another problem. Unless one has a lot of money, he or she cannot get anything but minimal representation.

Public defenders and assigned counsel – paid at a fraction of what top criminal lawyers make, and with limited resources and limited time to spend per case – cannot possibly provide the same quality representation.

If Raniere and company have any chance at trial, it is with the attorneys they presently have.

On the other hand, some of them – and Kathy Russell comes first to mind – might do well with trying for a plea bargain and avoiding prosecution.

But will the people behind the trust continue to pay her lawyers if, for example, Kathy went for a plea deal [perhaps the best thing for her], if it meant testifying against Clare Bronfman [who is paying the lawyers]?

Isn’t the question simply this: Can Kathy Russell’s Bronfman-paid lawyers truly cut a deal for Kathy that requires them to bite the hand that feeds them? Suppose Kathy’s best deal comes with her direct and damning testimony about Clare?