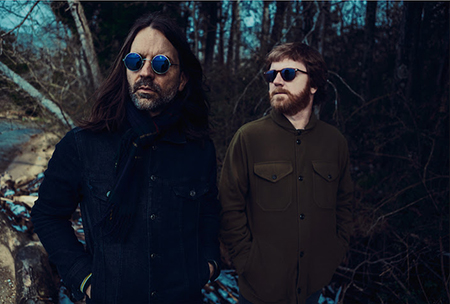 Today, Indie rock duo, The Pink Dust, share their latest single “She,” premiering exclusively on The New Nine.  Vocalist Cliff Littlefield’s vocals come across tender, genuine, sentimental, and vulnerable over a soft melodic guitar part. With “She” the indie duo says they set out to write a love song that anyone could relate to and upon listening you’ll realize that’s exactly what they did. Paired with Roy Mitchell-Cárdenas, they really have you set for that special holiday right around the corner on February 14th.

“She” is the first single to be released from The Pink Dust’s forthcoming Flamingo EP, due March 15th, 2019.

The Pink Dust is an American indie rock band composed of Roy Mitchell-Cárdenas and Cliff Littlefield. The duo’s third album, Ming, was released Spring, 2018 which they are now following up with the Flamingo EP that puts a softer side of the band on display. The band is going back in the studio to record a full length record for release in 2019.

In addition to The Pink Dust, Roy’s departure from Mutemath has also allowed him the time to found Elektro Kids Media that creates music and videos to teach children English, Spanish, and ASL. Roy lives in Nashville where he works on a variety of other music projects ranging from producer to session musician, while Cliff balances music with a law practice in Texas.

“The Pink Dust create a big, full-blooded indie-rock sound, propelled by winding, mind bending and meaty riffs that tread where others dare not.” –Barry Gruff

“Composed of Roy Mitchell-Cárdenas and Cliff Littlefield, The Pink Dust create a big, room-filling sound, especially for a duo, and this live performance style video truly showcases their musicianship, technical ability and, perhaps most importantly, their kick-ass riffs.” Xune Mag