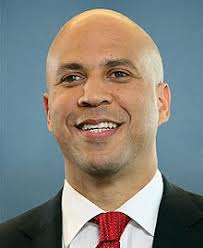 Surprise, surprise. The U.S. Senate is protecting one of its most brazenly unethical members.

We announced this week that the U.S. Senate Select Committee on Ethics has refused to take action against Sen. Cory Booker (D-NJ), who admitted to willfully violating Senate rules by releasing confidential records regarding then-Supreme Court nominee Brett Kavanaugh’s time as a White House counsel. The documents were marked “Committee confidential,” meaning they were not for public distribution.

Our September 2018 complaint to the chairman and co-chairman of the U.S. Senate Select Committee on Ethics called for an investigation after Sen. Booker admitted to violating Senate rules in releasing the confidential material. Ethics Committee Chief Counsel and Staff Director Deborah Sue Mayer responded last week:

The Select Committee on Ethics (the Committee) has reviewed the complaint you filed against Senator Cory A. Booker, dated September 12, 2018. The Committee carefully evaluated the allegations in the complaint and, based on all the information before it, determined that no further action is appropriate. Thank you for your correspondence with the Committee.
Sen. Booker admitted breaking Senate rules when he issued a tweet on Friday, September 7 saying:
Weds—I broke committee rules by reading from “Committee confidential” docs.
Also, Sen. Booker then posted the following entry on his Facebook account on Sunday, September 9:
And the classification of many documents as “Committee confidential” is a sham… I willfully violate these sham rules. I fully accept any consequences that might arise from my actions including expulsion.

By violating the rules in releasing Committee confidential records, Sen. Booker appeared to have violated provisions 5 and/or 6 of Rule 29 of the Standing Rules of the Senate (Rev. Jan. 24, 2013), which stipulate that he should be subject to expulsion from the Senate:

It is an absolute disgrace that the Senate Ethics Committee is giving Senator Booker a pass for willfully violating Senate rules by leaking confidential information to smear Justice Kavanaugh. The Senate continues the abuse of Kavanaugh and his family by refusing to act against a Senator who, pretending to be Spartacus, violated the rule of law and our Constitution in trying to destroy him.