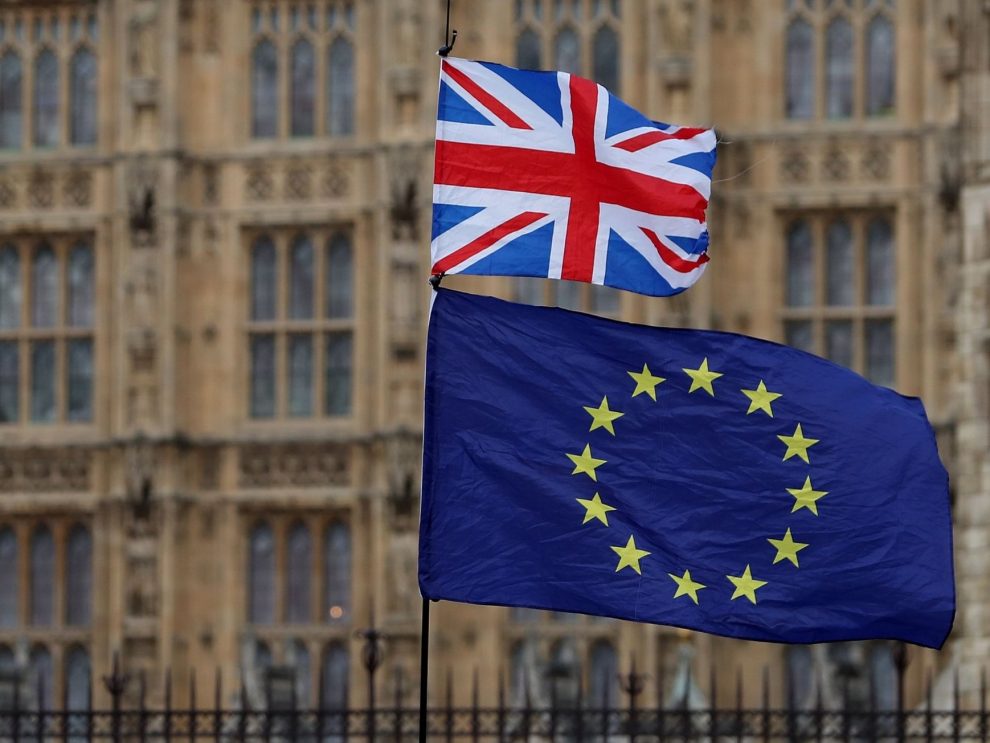 Ever since June 2016, when the British people voted by 52% to 48% to leave the European Union, establishment British politicians have been grappling with the consequences. With some notable exceptions, they have conceded that the will of the people would have to be respected, and some form of Brexit would indeed take place. Few politicians, and few ordinary Britons, however, understood or agreed on what precisely “Brexit” would mean. That Britain would formally leave the EU was fairly obvious, but the extent of the ties that would remain, and the degree to which Britain would still obey EU laws and regulations, was anything but clear. Not surprisingly, given the vehemence with which many Britons opposed Brexit, the “Remainers” worked hard from the start to manipulate the terms of Britain’s divorce from the EU so that the practical impact of Brexit would be minimal. Some would like to stay in the EU customs union, for example, and allow for the free movement of EU and British citizens back and forth – calling into question whether “Brexit” would have much real meaning at all.

Now the British people are approaching crunch time: the deadline for Britain to leave the EU is March 29th. Theresa May, the British Prime Minister, struck a deal with EU authorities that would have scripted Britain’s departure from the organization and kept most economic ties in place. That solution, though, was roundly rejected by Parliament, which is divided between those who want a fuller, more robust version of Brexit – something akin to a definitive break – and those who see even Theresa May’s demi-Brexit as going too far. This large faction in Parliament would like to cancel Brexit altogether, or submit the matter to the British electorate anew, so that voters would have the option of reversing course. In addition to the pro- and anti-Brexit forces, some British party leaders are simply playing political games: they seek to destabilize Theresa May’s Conservative government and precipitate a general election, although it is by no means clear that such an election would ease Britain’s path to (or away from) Brexit in any way, shape, or form.

In a nutshell, the British political establishment appears hopelessly divided, dysfunctional, and paralyzed. Generating a workable plan for Brexit that will pass Parliament appears next to impossible. Under these circumstances, politicians usually fudge the issue: they decide not to decide (just yet) and give themselves an extension. This is indeed an option for Britain and the EU, but both would have to agree on the terms and extent of any Brexit postponement, and none of this would make sense if the deadlock in Parliament seemed irresolvable. Extending the deadline for Brexit would also be a profound humiliation to both the British government and the EU. They would be admitting that, after almost three years of negotiating, they are unable to move forward.

From Theresa May’s perspective, however, the alternative to a postponement – a “no-deal Brexit,” which would abruptly sever all ties between Britain and the EU – may appear even worse. Economists, legal experts, journalists, and others have been warning for months that a no-deal Brexit would be deeply painful and disruptive, especially to trade. The status of Britons living in Europe, and Europeans living in Britain, would be jeopardized. The border between the Republic of Ireland and British Northern Ireland would once again become meaningful, and border crossings and cross-border trade would have to be, or might have to be, policed by customs officials and border authorities. Remainers have worked hard to convince the British people that such a “hard” Brexit would produce “chaos” and misery on an apocalyptic scale. Mrs. May, as a theoretical opponent of Brexit herself, may be inclined to give credence to these doomsday scenarios.

The truth, however, is that anti-Brexit propaganda has consistently attempted to play on the fears of British voters, and it frequently has exaggerated the ill-effects that a vote for Brexit, or actual Brexit, would produce. By and large, the British economy has performed well since 2016, despite the massive uncertainties surrounding how Brexit will be implemented. Indeed, the confusion regarding Brexit is arguably more harmful economically than Brexit itself.

Remainers like to argue that the Brexit vote should be overturned, because some of the claims made by Brexit supporters were inaccurate. The same can be said about the claims of Remainers, however, both at the time of the 2016 referendum and today. No election takes place in a context of perfect honesty and intellectual clarity.

The best and most balanced assessment of the situation Britain finds itself in today, then, is this: despite the hyperbolic rhetoric on both sides of the debate, nothing truly terrible has befallen the British people because they voted to leave the EU, and if they do leave the EU, even under no-deal conditions, in March, life will go on, and Britain will still be strong, prosperous, and free. Some suspect, and I am one of them, that it may even be stronger, more prosperous, and certainly it will be freer and more fully sovereign than it has been in decades.

The one option that any right-thinking person must reject is another referendum. The British people have spoken on the issue of Brexit, and it is high time for their political leadership to accept the legitimacy of the people’s views. The attitude that elections are only valid when they lead to congenial results, which appears to be spreading throughout the West, and which certainly has a firm grip on the hard-left of the U.S. Democratic Party, is not one that can be reconciled with the integrity of the democratic process and the values that undergird it. Britons cannot be asked by their elitist, internationalist political masters to keep voting on Brexit until they get it “right”. Theresa May should disabuse the Remainers of this fantasy once and for all.

Increasingly, therefore, there is only one path forward for Britain that respects the democratic rights of her people: a no-deal Brexit. Whatever temporary “chaos” such a move generates, Britons and Europeans should have confidence that, ultimately, life outside the purview of EU bureaucrats is possible – as we in America can attest – and in truth it isn’t so bad.

I strongly endorse the concept of a no-deal Brexit, and I look forward to welcoming the people of Britain into the family of truly sovereign nations, where in truth they have always belonged.

One Night in Bangkok: Kathy Russell will gladly serve three years in prison for NXIVM
THE PRESIDENT, THE IMMIGRATION AND NATURALIZATION ACT 1952 AND THE NATIONAL EMERGENCY AT OUR SOUTHERN BORDER