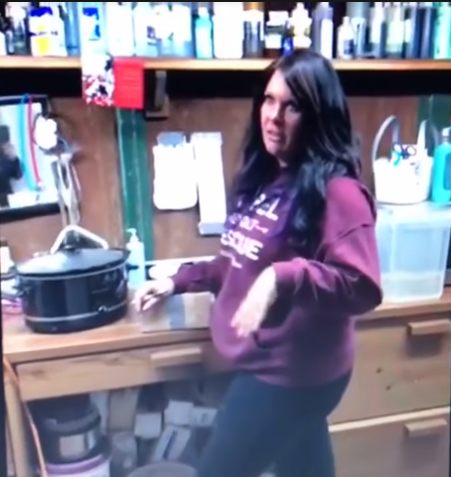 After reading your 24 Questions About HiCal I want to commend you for aiming to take a balanced look at both sides of this story.  This is a journalistic requirement that is sadly lacking in today’s shock headline news culture.  And it is important to address these questions, or rather, allow the facts to speak for themselves.
Since a few of the questions in the article are closely related, the answers to the most fundamental questions are easily found.  Please note that in some of the videos listed, Michelle is polite enough to answer them herself.
1. What did Michelle Knuttila really do – was she cruel and evil or kind and loving to horses?
After her eviction, there were scores of mutilated animals discovered on the property.  Is there some reason that an amputated horses leg, a headless chicken, or an endangered bobcat should be stuffed in a freezer next to coleslaw and Fireball whiskey?
https://youtu.be/K4IIOO9_WfU
https://youtu.be/XdCcBYWOumE
She practiced veterinary medicine without a degree.  Wouldn’t a kind and loving person be interested in the best possible care instead of risking hurting the animal further?
HiCaliber Horse Rescue delays critical medical attention for a horse, Dr. Michelle experiments with a limb profusion. 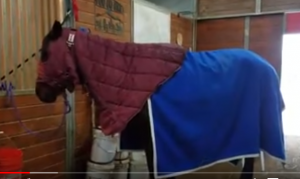 3. Did she do more harm than good?
Define ‘good’.  According to multiple volunteers that worked with her on a daily basis, the money that was raised rarely, if ever, went to the horses it was donated for.
6. Independent of whether she was an ethical, or ruthless [possibly fraudulent] horse rescuer and fundraiser, what did she do to the property of the landlord?
The destruction of the property is well documented.
HiCaliber Ranch Founders evicted, owners devastated with house of horrors left behind
The company that was hired to clean one of the homes had to wear full-body hazardous material suits to avoid illness because of the level of destruction.  Toilets were not flushed and filled with human feces, animals had been chained in bathrooms, cat feces had been thrown onto the roof.
7. Can she blame the destruction of the property on those who scared away donations [rightly or wrongly]?
Do you need donations to flush a toilet?  She never lost utilities or use of the well as she claimed, everything was in working order.  So how could anyone else be blamed for such damage?
9. And if she is responsible and is without assets, how will she pay for damages to the property, if it is proven in court that she caused it by her neglect and recklessness?

Maybe she can start a non-profit.  One of the troubling issues left outstanding is the missing money.  Although this woman drove a $60,000 BMW and lived rent free for 7 months courtesy of California tenant laws, a non-profit that brought in almost $1 million in donations in 2016 still has not filed their 2017 taxes (the media interest and rumors started in 2018).  There seems to quite a bit of money missing.
10. Many of the “compassionate” horse saviors seem to be unnaturally hostile to humans. I get their desire to save horses and even their anger with those who they think are abusive to horses. But do they sometimes go over the top in their anger and even hatred- as if their desire to hate is really the driving force?
The hatred and passion is palpable, but it certainly isn’t without reason.
14. Was it really her fault that she self destructed?
The County of San Diego denied Michelle disability for a previous injury, but in the process had a psychiatric evaluation done on her.  She was diagnosed with Histrionic Personality.
Michelle Knuttila Diagnosed with Personality Disorder
Interestingly, people with this disorder “may exhibit sexually provocative behavior” and “persistent manipulative behavior to achieve their own needs.”
https://en.wikipedia.org/wiki/Histrionic_personality_disorder
18. Was she deliberately abusive to the people who tried to help and correct the operation, joining the category of haters, and forgetting that this was fundamentally about saving horses, not fighting with people?
Michelle named a horse after a person that she hates, then she killed it.  At the least this is a troubling way to address a critic, at the most it is a veiled threat.
https://www.youtube.com/watch?v=MPUMyT_mEnA
19. Was Michelle fundamentally corrupt or off her rocker, so dreadfully flawed, that it was a mercy that she was closed down?
She euthanized horses against the opinions of veterinarians, and called herself the angel of death.
https://www.youtube.com/watch?v=jlWY3G7GNBo
She has been diagnosed with multiple mental illnesses and carries a firearm.  The same firearm that she uses to kill horses.
https://www.youtube.com/watch?v=shqAXw6QM-U
21. Which brings us back to the fundamental question – was HiCaliber an abusive place for horses, run by an abusive woman – or was it all really a terrible misunderstanding – and the world is poorer for it being closed down.
While trying to raise donations, Michelle ran a horse around that was having trouble walking because of an unknown hoof issue.  The horse was in great pain but she insisted.  In the same video, she also exhibits sexually provocative behavior consistent with her mental diagnosis.
https://www.youtube.com/watch?v=xTX6t2uRpg8
Here she sings about shooting horses in a disturbing lack of concern.
https://www.youtube.com/watch?v=sJThp_ddxyU
23. Or is Michelle incorrigible and thank goodness this “nutcake” has been stopped?

24. In other words, is there a net gain or net loss in horse rescues with the shutdown of HiCaliber.
Is Michelle ill or misunderstood?  If this issue was simply a matter of opinion on horse training methods and medical procedures, then perhaps it would be reasonable to consider that maybe this was all just hateful bullies making some noise on the internet.  But animals have been mutilated, and buried in shallow graves and freezers.  Millions of dollars of senseless damage has been done to family homes.  And 10’s, if not 100’s, of thousands of donated dollars are missing.  This woman has been diagnosed with multiple psychiatric issues, and she carries an unregistered firearm.
Vengeance will not bring back any horses that were euthanized or mistreated.  However, disarming this woman and keeping her away from animals would seem to be a reasonable goal considering the evidence on hand.

Whose fault is it? Timeline shows how Nxivm trial got delayed from October to April
Guest View: Stone indictment is political payback for Hillary Clinton and friends
Comment