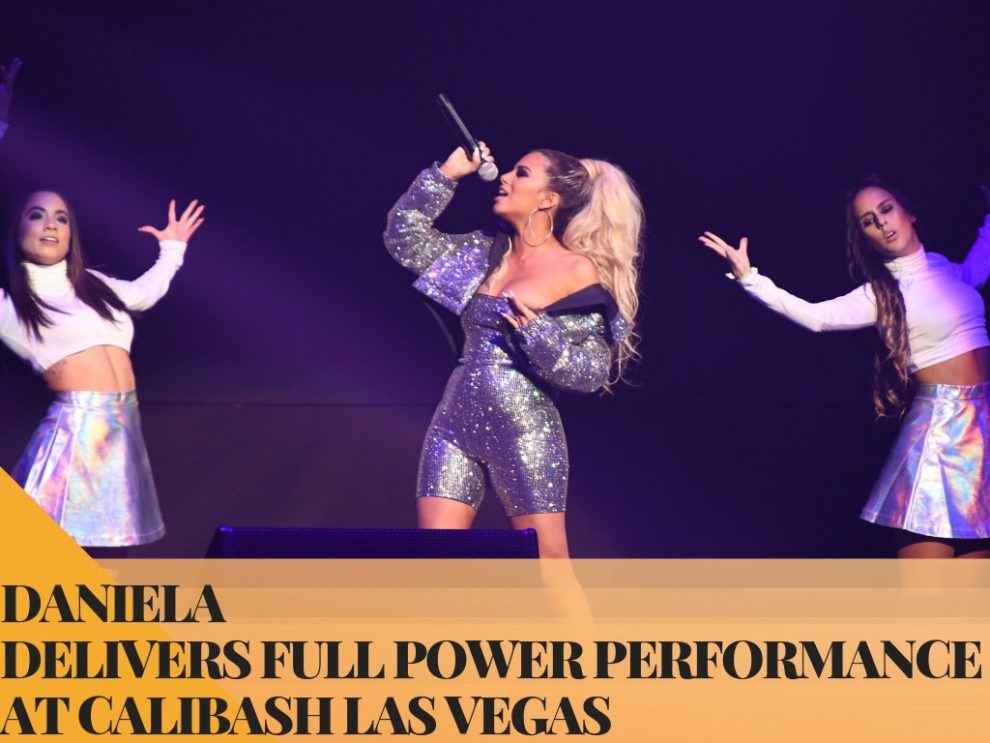 Breakout singer-songwriter, DANIELA delivers an impactful performance atCALIBASH LAS VEGAS presented by radio powerhouse, SBS. The daring star, and a promising female voice in latin music, delivered a powerful live-performance of three songs and commanded the attention of the thousands of people in attendance at the T-Mobile Arena this past Saturday night.

The 21 year old is ahead of her age when it comes to her vision for music and for herself as she projected total confidence on stage. Daniela opened her set with “Tequila Rose” followed by “Mejor Sin ti” and closed her with her recently released debut single “OTRA”. All of these co-written by the artist herself and expected to be released in the upcoming months.

Alongside big names in Latin music such as Enrique Iglesias, Becky G and Bad Bunny, Daniela was one of only two female artists to be part of the programme.

Daniela delivers a refreshing and progressive pop sound within her music. Her outstanding vocal skills will be the key that will set her aside from other emerging female artists. The release of “Otra” scratches only the surface of the singing abilities that the artist possesses.

“Otra” is currently available on all digital platforms.