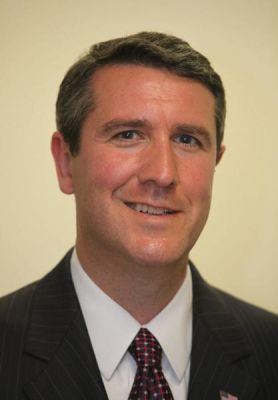 The prosecution team in the Nxivm case has added a new attorney. His name is Mark J. Lesko, an assistant US Attorney with the Eastern District of NY.
His communication to the court was short:
PLEASE TAKE NOTICE that Assistant United States Attorney Mark J. Lesko from this point forward will be added as counsel in the above-captioned matter.
All future correspondence to the United States in the above-captioned matter should be sent to:
Assistant U.S. Attorney Mark J. Lesko
United States Attorney’s Office (Criminal Division)
271 Cadman Plaza East
Brooklyn, New York 11201
Tel: (718) 254-6048
Fax: (718) 254-6300
Email: Mark.Lesko@usdoj.gov
Lesko evidently was in court Monday, along with Assistant US Attorneys Moira Penza, Kevin Trowell, and Tanya Hajjar.
***
When he heard the name Mark J. Lesko, we were a little surprised.  Is this THE Mark Lesko?

The Mark Lesko we know [from our online research] is almost 52, (born February 4, 1967), a native of Washington D.C., a graduate of Yale University and a quarterback on the Yale varsity football team.

In Long Island, Lesko served as Deputy Chief of the Long Island Criminal Division, where he ran the U.S. Attorney’s Office on Long Island leading all federal investigations and prosecutions in Brookhaven, population 486,000.

Some of his successful cases as Lead Prosecutor include:

After leaving the US Attorney’s office, Lesko went into politics. He was elected Brookhaven Town Supervisor in a special election, was elected in a regular election and then reelected – running three times and winning in four years.  Brookhaven is on Long Island, part of Suffolk County.

As Supervisor, Lesko, a Democrat, was known as a fiscal conservative. He froze property taxes for three years in a row and cut spending in the General Fund by 26%. He supported a property tax cap, a spending cap, and a debt management cap for Brookhaven. Voters approved all three measures in referendums in 2010.  Wall Street Rating agencies affirmed Brookhaven’s high bond ratings eight times when Lesko served in office.

Lesko also focused on redeveloping blighted areas of the suburbs and redirecting development away from virgin land through a program he developed called “Blight to Light”.

In 2011, Lesko spearheaded an initiative to commercialize research at Long Island’s major research institutions. The effort was modeled after successful commercialization efforts around the country, such as Connect.org in San Diego and other high-tech economies in Silicon Valley and Boston.

In 2012, Lesko resigned as Town Supervisor to serve on the Board of Directors of Accelerate and become its first Executive Director. His job: to transform Long Island’s economy by cultivating an ecosystem that connects researchers with entrepreneurs and investors and creating high-technology jobs. He worked at Accelerate from 2012 to 2016.

Now, we were surprised to see his name as a prosecutor in the NXIVM case.  Is it the same Mark J. Lesko?

Sure, perhaps there are two Mark J. Lesko’s but it seems more likely that the former AUSA, former Brookhaven Supervisor, former ED of Accelerate, and VP of Economic Development at Hofstra U, is back at the US Attorney’s office – and on the team working to prosecute Keith Raniere, Allison Mack, Clare Bronfman, Nancy and Lauren Salzman and Kathy Russell.

That does not augur well for the defendants.