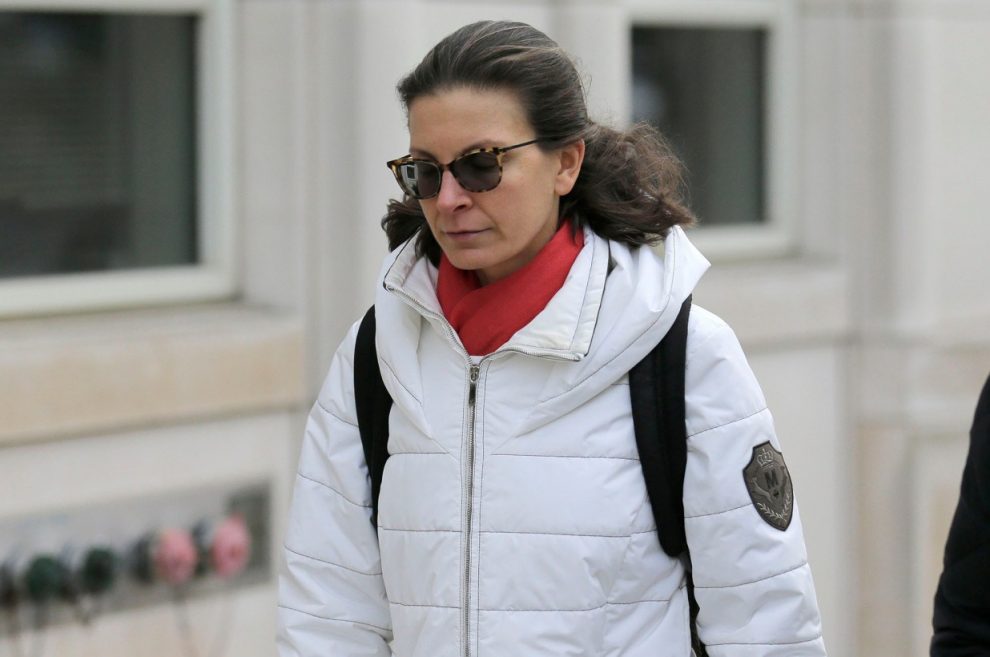 Thanks to the Daily Mail, and Radar Online, we have pictures of all but two of the Nxivm defendants taken outside court, on Monday, January 28, 2019.

As a matter of strict fact, it is not quite true that Clare is a billionaire. She blew through much of her inheritance on Nxivm and Keith Raniere-inspired investments. According to her bail motion, she has a net worth of about $200 million.

As her net worth gets increasingly thinner, it seems, Clare is also getting physically thinner, more than she ever has been – if that is possible. 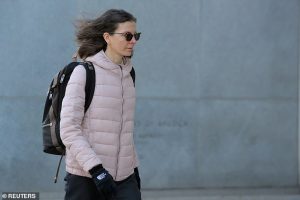 Our guess is she weighs about 85 pounds, proving that the DOS diet really does work.

Nancy Salzman, on the other hand, was looking well, almost like she got back from vacation, rather than recovering from radical breast cancer surgery.

As for Allison Mack – let no one say she is not an astounding actress. When she was outside the courtroom, you never saw a woman so jolly and beaming – fairly flirting, making eye-contact with numerous men dressed in suits who happened to pass by and joking and laughing with her attorneys.

Inside the courtroom – before the judge appeared – she was chatting jovially and fondly with Lauren Salzman. When the judge appeared, however, Allison’s demeanor suddenly changed  She looked pensive and somber, often looking down. And gazing at the judge with a demure and innocent look, as if to say “Judge, Your Honor, Sir, Kind Sir, if you know anything about faces, look at mine. How singularly innocent I look this morning. Have you ever seen such candid eyes?”

Yes, here was a woman impressed with the gravity of the situation and assured of her innocence. 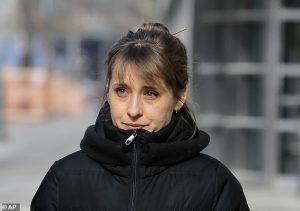 “Have you ever seen such candid eyes?” – Allison Mack outside the courthouse on Monday, January 28, 2019. When court was in session, Lauren was making notes on a pad.

As for poor Kathy Russel, she is as thin as ever – [no photo available]. She is obviously sticking to the Raniere-diet – just as she is sticking to Raniere, something almost certain to cause her to lose her freedom.

Her diet, on the other hand, seems to be causing her to lose her hair. She is growing rapidly bald, possibly from lack of nutrients which might impact a 60-year-old woman on an 800/day calorie, protein-poor diet for years.

We have no picture of Keith Raniere, who is known to readers and his followers as The Vanguard – and known to authorities at the Metropolitan Detention Center as Prisoner Number 57-17705, and fellow prisoners as Crybaby Jane.

Photographs are not permitted in federal court.

Keith has begun to dye his hair and grow it long too. He has not had any sunlight for at least nine months because at the MDC, prisoners are not offered that simple and essential human need.

This artist’s rendition is the best we can offer at the moment.

Our next posts will provide news about Sara Bronfman-Igtet, and a new, startling addition to the prosecution team.

The Life You Save — Keith’s hair dye may be killing him
Shadow: Allison Mack’s Greatest Champion
Comment