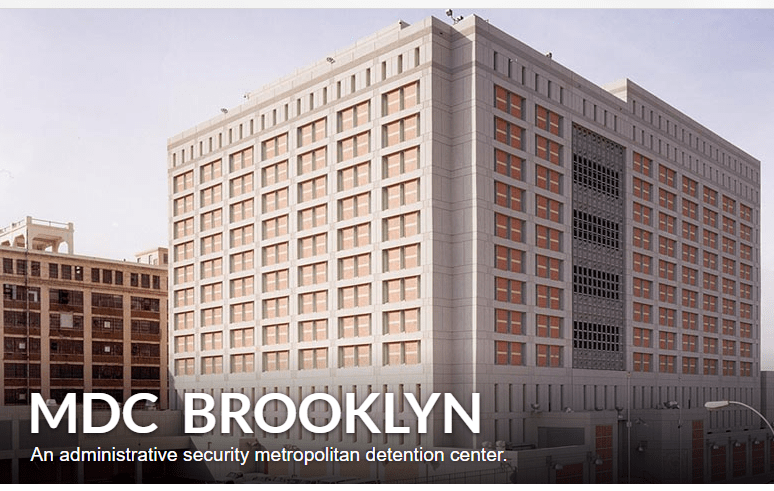 With the partial government shutdown finally over after 35 days, things are starting to return to normal at the Metropolitan Detention Center – and at all the other federal prisons around the country.

For us, that means that we’ll, once again, be getting regular updates on our favorite federal prisoner: Keith Alan Raniere FKA The Vanguard NKA Inmate 57005-177.

During the partial shutdown, Correctional Officers (COs) were among the 400,000 federal workers who did not receive their paychecks even though they were required to report to work every day.

That resulted in many COs calling in sick – and working side jobs to generate money to feed their families.

Many of the COs at MDC live in government-owned apartments. That at least allowed them to avoid being evicted for non-payment of rent during the shutdown.

But as more and more COs called in sick, MDC had to keep consolidating the inmates into fewer and fewer cell blocks. Eventually, all the MDC inmates who are considered “dangerous” were consolidated into four units there. Mr. Softy AKA Crybaby Jane did not qualify as “dangerous”.

The normal 8-hour working shifts for COs were expanded to 12-hours. The facility also made some unused space available to COs who simply wanted to sleep there in-between their shifts.

Normal visitation hours were curtailed and eventually canceled altogether at MDC. The only exception was for inmates who had meetings with their attorneys.

Because it is a transition facility, MDC routinely transfers inmates to other prisons several days each week. But all such transfers were postponed during the shutdown – which led to some severe over-crowding conditions at the facility.

Things are expected to be back to normal at MDC in about 30-days. That, of course, assumes that the federal government does not have another shutdown later this month.

So, hang tight – and we’ll pass along an update on Raniere as soon as we get one.