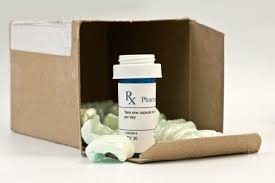 At my age, I take several medications. Many of these I get at a local pharmacy. The only one I can’t get from them is an oncology drug. I get that from an out of state pharmacy.

I have been taking this drug for over 2 years and receive it monthly. I recently had to reorder this medication as I was going to run out on January 22nd. I hadn’t received a call from them so I started calling them on January 18th. I called their 24 hour “help line” and listened to all the options and selected “1” to be whisked to a live customer service representative.

Four songs later, Corrine, asked me to verify my name, date of birth and address. This, I will call my PI (Personal Identifying Information) in the interest of brevity. So far so good. They accessed my file and asked if I was calling on my beetledopper (not the drug’s real name). Well, that is the ONLY drug I get from them, so yeah. I was asked how much medicine I had left and I told her I was running out on January 22nd. She put me on hold so she could check with someone. I think she went for a cup of coffee.

When she came back she told me my copay would be $2437.59. I told her this was wrong because I am enrolled in 2 programs that help me pay for my drugs and I was looking at a letter from my secondary provider that stated my initial deductible for the year would be $1303.00.

She asked if I wanted some financial assistance and I declined saying I already have two plans and I was happy with them. She said she would take care of this for me and that she would call me back later. In the meantime I called my secondary carrier, pushed buttons, listened to some music and finally talked to Mike. I gave him my PI and he verified the $1303 yearly deduction.

On Friday, I called my pharmacist again and talked to Jasmine. I went through all the PI again and she reviewed my file. When I asked what the holdup was she said they were waiting for a response from financial assistance. I told Jasmine I had no interest in financial assistance and was put on hold. Five songs later she came back and asked me if I was ready to proceed with my order. I said yes and I once again had to give her my PI (Didn’t I just give this to her 5 songs ago?).  Things were going well until she told me my copay. Again it was $2437.59. I told her this was wrong. That I was holding a piece of paper dated December 1st indicating my deductible for the year would be $1303.00. Apparently the larger sum was just the deductible from my primary carrier.

On Saturday, 1/19/19 I called the pharmacist (They have a 24 hour “help” line, which is an oxymoron) and I went thru all the button pushing and song listening until Latasha came on the line. Again I gave my PI and explained that I would be out of drugs on Tuesday. She told me that they were ready to ship as soon as they got an override from my secondary insurance. Well at least I was getting somewhere. Called my secondary insurance and they were closed for the weekend.

On Monday morning 1/21 I got up early, and called the pharmacist and was told to call the secondary insurance to get the override. I called the secondary and was told by Shannon that the pharmacist had to call them for this. I started to feel like I was on a merry-go-round. Back to the druggist and got on a conference call with Felicia and Ashley from financial and explained I didn’t want assistance from them and THEY had to call my secondary to get the override. I called back at 1:55 and was told by Evita that they were “working on it” and not to worry, they could send my prescription overnight. She said to call back later. At 4:20 I called and talked with Arianna and she said they were closing the office due to the snowstorm and there was no one there that could help me.

January 22nd, I called the druggist at 7:55 AM. Regina told me my payment would be $1758.86. Getting better but still not right. I was told to call back later. When I called back later I was told my deductible would now be $1502.  I gave up. I was now out of my chemo drugs. They said they would rush my drugs to me. On January 23rd, I received a call from them that delivery was delayed and I would get it January 24th. It didn’t arrive that day either so Friday I got up early again to call the pharmacist. As I was waiting for Amanda to check on my order I saw someone walk up to my door and ring the bell. SUCCESS!!!! The drugs I tried to order on the 18th had finally arrived one week later. Someone keeps calling me wanting me to order all my drugs online, telling me this is easier. This doesn’t seem any easier to me. I can’t wait till next month to see what happens.

Norb is a writer from Lockport. Follow his blog at WhyWNY.home.blog

Saxophonist/Composer Quinsin Nachoff Traces the Shadow of the Sun on the Second Release by his Innovative, Genre-Eclipsing Band Flux
JON LUNDBOM & BIG FIVE CHORD TO RELEASE NEW ALBUM HARDER ON THE OUTSIDE FEBRUARY 1, 2019 ON HOT CUP RECORDS
Comment