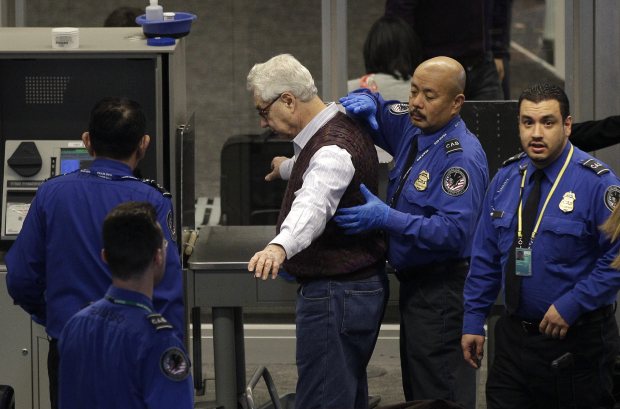 Next time you’re delayed in an airport security line where surly TSA agents are yelling at you to remove your belt, you might want to thank your representative in Congress. That’s where so many problems begin today, isn’t it? Our Corruption Chronicles blog lays it out.

Money to sustain the Transportation Security Administration (TSA) continuously flowed into the government’s coffers via a special security fee collected from every passenger, yet Congress didn’t release the funds during the shutdown.

Known as the September 11 Security Fee, air carriers collect $5.60 per one-way trip and $11.20 round trip to help fund the TSA. The Federal Aviation Administration (FAA) reports an average daily air passenger flow of 2.6 million, which translates into $14.5 million per day in TSA fees. That amounts to more than $507 million collected during the 35-day government shutdown yet the agency’s 51,000 employees didn’t get paid, igniting an onslaught of hardship stories in the media. What happened to the money? Why didn’t Congress release it even though House Speaker Nancy Pelosi claims, “Our nation’s leaders have no greater responsibility than ensuring the safety and security of the American people.”

The truth is Congress has for years diverted billions of dollars in September 11 Security Fees and used the money for other causes not related to air security. This predates the recent government shutdown and indicates where the “safety and security of the American people” sits on the congressional list of priorities.

In 2001 the TSA fee was $2.50 per passenger, but Congress increased it to the current $5.60 in 2013 and restructured the payment plan so that around $13 billion of the TSA fees would go to “deficit reduction” and other government sectors. Under the revamp, created by the Bipartisan Budget Act of 2013, the revenue collected from passengers gets deposited in the general fund of the U.S. Treasury and a chunk of the money is used for other matters. The original statute enacted after the worst terrorist attack on American soil specifically required that the revenue from the passenger security fee be dedicated to providing civil aviation security services. The Budget Act amended it to require that a portion of money, $12.63 billion generated over 10 years, be deposited in the general fund as “offsetting receipts for the Federal budget.”

Redirecting passenger security fees naturally caused a ruckus in the airline industry, which has repeatedly demanded that Congress stop the practice. Using the TSA’s budget for functions not related to aviation security has caused a multitude of problems, including excessive screening lines and a failure to align TSA staff and equipment with passenger volumes by location, according to the industry’s trade organization, Airlines for America (A4A). In a letter to a U.S. Senator, the group’s president writes that if Congress wants to take constructive and well-justified action, it would immediately put the diverted billions, paid by airline passengers, where it belongs. In Congressional testimony last summer, the group’s senior vice president revealed that in 2017 alone special taxes on airlines and their customers totaled over $24 billion—more than $66 million per day. “Stop the annual practice of diverting passenger security fee revenue,” the airline official, Sharon Pinkerton, told the House Homeland Security Committee.

If the TSA, created after the 2001 terrorist attacks, were properly funded perhaps it would be better equipped to meet its critical mission or handle unexpected events such as a government shutdown. The agency is charged with securing transportation by adequately screening luggage, passengers and properly vetting foreign flight students. Instead, it is best known for its shameful security lapses and efforts to cover them up. For nearly a decade Judicial Watch has reported extensively—and uncovered records—involving the TSA’s serious transgressions and failure to adequately fulfill its mission. This includes missing guns and bombs during covert exercises known as “red team tests,” TSA agents literally sleeping on the job and steeling from passengers, the failure to properly screen luggage and a number of other violations that have risked the nation’s safety. Records obtained by Judicial Watch a few years ago show hundreds of badges that allow agents to access secure areas of airports went missing along with uniforms and other devices used to control entry. Just a few months ago, a bipartisan congressional investigation found that persistent misconduct by TSA managers often goes unpunished and whistleblowers who report it as well as airport safety risks are penalized by senior officials.

The TSA is a non-essential agency that performs an essential job that could otherwise be performed by the private sector. You can see the hurdles aren’t principled but rather Big Government avarice for the fees the TSA generates to support other government spending.