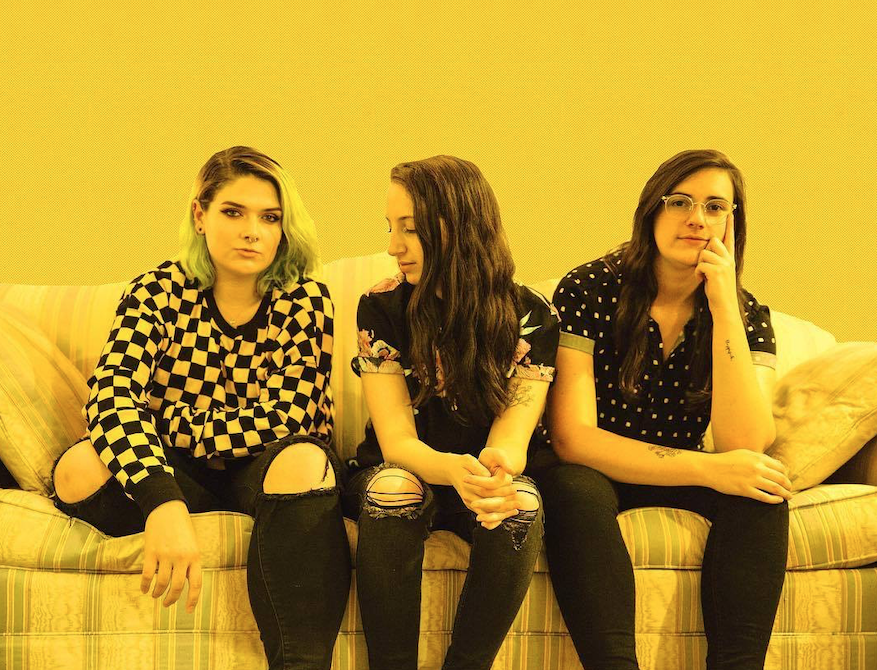 The trio became friends in 2012 and started out playing acoustic covers for fun around their hometown. In early 2016, the group decided it was time to give songwriting a shot. They released an EP under a different name and played at notable Boston venues including the Middle East Downstairs and Upstairs, O’Brien’s, and the Hard Rock.

As the group continued to evolve and grow sonically and aesthetically, a change in name and musical direction was inevitable and in April of 2018 shallow pools surfaced.

The trio recorded with Chris Curran (PVRIS, A Loss For Words, Handguns) at Reclaim Music Studios in Thompson, CT. shallow pools released their debut single “It’s a You Thing.” along with a music video in mid-July. The single was given Idobi Radio rotation and was added to Alternative Press’ Discover playlist. The group’s second single, “Sinking,” was released in late August. Shortly after the release, shallow pools opened for national touring acts such as SmartPunk Record’s Rivals.

The group’s upcoming 5-song EP “Spring” will be released on March 8, 2019. Two tracks off the EP (“Sinking” and “It’s A You Thing.”) are now streaming on Spotify: https://open.spotify.com/artist/5wg5i56CcvaCrZrveXt228.

With a combination of rhythmic guitar, catchy melodies, and expressive lyrics, shallow pools offer a unique sound that bridges the gap between alternative and pop rock. They use music as a form of therapy, and lyrically draw inspiration from their own hardships ranging from loss, to strained relationships, to depression and anxiety. shallow pools strives to promote inclusivity and to normalize seeing a band comprised of women in this genre. The group wants to establish a welcoming environment for people of all ages, sexualities, and gender identities. They understand the importance of LGBTQIA+ and female representation and hope that embracing their own identities will inspire others to do the same.

Of the new EP, the band says, “We challenged ourselves musically and lyrically over the last year to create our most personal songs yet. We can’t wait for everyone to hear what we’ve been working on!”