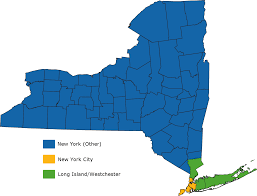 The Left is infected by a virulent strain of anti-Christian animus these days, with leftist Democratic Senators repeatedly attacking Trump nominees because of their Christian faith. The anti-sectarian virus is infecting New York and is impacting other traditionalist faiths, as our chief investigative reporter, Micah Morrison, reveals in his Investigative Bulletin:

New York State has opened the door to a war on religious education. New guidelines from the state’s Department of Education are framed as applying to all “religious and independent schools” in New York, but no one is fooled. The changes are aimed right at New York City’s freewheeling Orthodox Jewish seminaries, known as yeshivas. More than 100,000 students attend yeshivas in New York City.

The new guidelines revisit the “substantial equivalency” statute that has kept the peace in New York schools since 1897. Non-public schools can educate their students as they see fit, provided the education is “substantially equivalent” to public schools. The new guidelines change the equation. Math must be taught every day. English, science, and social studies must be taught. Schools must provide samples of teaching schedules, textbooks, and lesson plans. Non-compliant schools risk withdrawal of funding for things like textbooks and transportation, and students ultimately could be forced to go to another school. Students that resist transfer risk being declared “truant” and legal steps to challenge parental competency could follow. The new mandates will be enforced by inspections from local school district officials.

The guidelines, wrote two Orthodox educators in the Wall Street Journal, are a shocking power grab by secular forces. They “empower local school boards to evaluate private schools and to vote on our right to continue educating our students.” The new curriculum requirements demand “so much time that it crowds out Torah study, our sacred mission.”

The controversy began when dissident former yeshiva students started raising concerns about the quality of their education. Members of the Orthodox community concede that some yeshivas need improvement. But when you’ve been in business for 1,500 years, give or take a few centuries, change comes slow. And as history as shown, it’s a very bad idea to tell a Jew how to run his religion.
New Yorkers of all stripes were quick to recognize the threat to religious freedom. Ed Mechmann, director of public policy at the Catholic Archdiocese of New York, wrote that the new regulations would “give local school boards virtually unlimited power over private religious schools. There is no protection against government officials who are hostile to religious schools or who just want to eliminate the competition.”

A majority of the New York City Council — not a group known for its theological fervor — complained in a letter to the state Education Department about the “unprecedented incursion into private schools’ curricula” and warned it to refrain “from threatening to remove student-based funding from schools that do not acquiesce to these guidelines.”

In New York City, the Orthodox community is a powerful political force, often delivering critical votes in closely fought elections. New York City Mayor Bill de Blasio opened a probe in 2015 following complaints about sub-standard education from the yeshiva dissidents. But the investigation went nowhere. De Blasio’s own investigations commissioner, Mark Peters, looked into the controversy, only to be fired later by the mayor.

The new guidelines put the mayor back in the yeshiva hot seat and could revive the dormant investigation. They seem sure to ignite more controversy. School inspections are slated to begin in February. The yeshiva establishment says it won’t cooperate with inspectors, ditto from New York’s Catholic school leadership. That’s going to be a big problem.

New York City Schools Chancellor Richard Carranza told The New York Times he’s starting the inspections with yeshivas that have barred city officials or have been noted in complaints about poor education standards. Carranza said the de Blasio administration intends to “move aggressively and get this taken care of.”