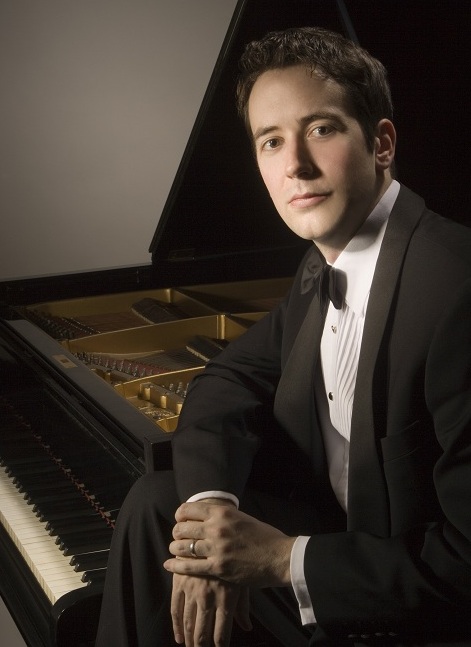 Internationally known pianist Philip Edward Fisher will join the Western New York Chamber Orchestra (WNYCO) as a guest artist at its next concert, “Ebony and Ivory,” on Sunday, Feb. 10, at  4 p.m., in King Concert Hall at the State University of New York at Fredonia.

The chamber orchestra, in-residence in the Fredonia School of Music, will perform Joseph Haydn’s Piano Concerto in C major and Dmitri Shostakovich’s Piano Concerto No. 1. The performance is the second installment of the WNYCO 2018-2019 concert series.

Tickets are available online at $20 for the general public and free to Fredonia students with ID, at the Fredonia Ticket Office in the Williams Center.

International touring as a prolific soloist and ensemble musician has taken Mr. Fisher across his native United Kingdom to Italy, Austria, Denmark, Finland, Norway, Kenya, Zimbabwe, the Ukraine and the United States. Two CD releases, Handel Keyboard Suites Vol. 1 and Vol 2, generated critical acclaim, while his “Piano Works by the Mighty Handful” was nominated in the “Best Solo Instrumental Album” category of the International Classic Music Awards in 2012.

Fisher has performed concertos with the Royal Scottish National Orchestra, the Copenhagen Philharmonic, the Tampere Philharmonic and the Toledo and Juilliard Symphonies, among other orchestras. He has also given local and national premiers of numerous contemporary pieces and worked in close collaboration with prominent composers.

Following studies at the Royal Academy of Music in London, where he was awarded the prestigious Julius Isserlis Scholarship, Fisher earned his M.A. from The Juilliard School.

On Sunday, Feb. 17, the orchestra will present the same concert at St. Bonaventure University’s Quick Center for the Arts at 5 p.m.