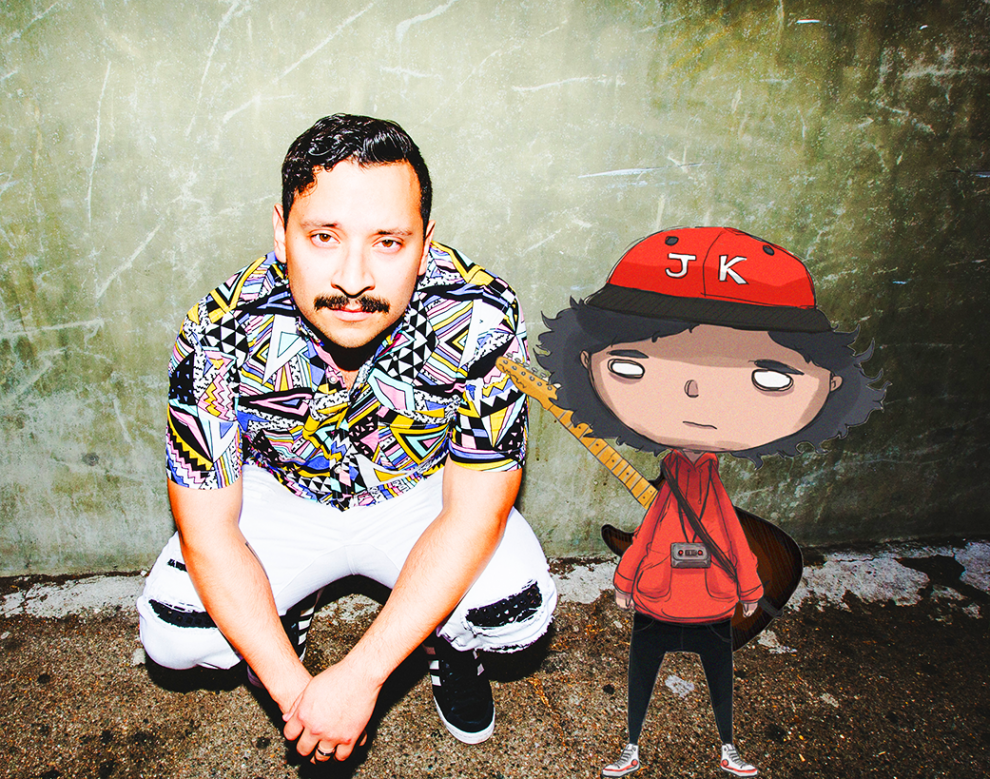 Today, multi instrumentalist and producer, Jake Knox, shares his latest single, “Kalli Nights” from his upcoming EP, In Between. Influenced by The Cure, junk food, and some of Jake’s favorite depressing break up movies, “Kalli Nights” was originally meant to be a heartbreak ballad. But a random phone call inspired him to change the entire direction of the song (even though at that point it was 75% complete), and the upbeat indie pop song ensued.

“The song is definitely cute enough to dedicate to your Valentine this year, and it’s a lot sweeter than those candy hearts.” — idobi

“Kalli Nights” is the first single to be released from Jake Knox’s forthcoming EP, In Between, due March 1st, 2019.

In a world of an overstimulated, factory – produced, emotional sea of content, Jake Knox was created. Jake Knox is the response to an artist that has been traveling the seas of creativity, in the vessels of what society wants in a musician. After the long journey in the world of commercial music, Jake has jumped ship. Creating sonic spaces that reflect the whole spectrum of what we see, and what hides in the shadows.

“How do you know what happiness is when you are only given one option of emotion?”

Jake strongly believes in challenging the listener to jump their own ship, and begin to explore the emotional spectrum of music. Vibrations have many different shades of reflection, and Jake Knox is your partner in your exploration.

Jake Knox first journey was with the multi platinum artist Bipolar Sunshine. After multiple tours in North America, they teamed up and wrote the song Tears which quickly spread and accumulated 2 million streams. Many productions later Jake still works with Bipolar and continues to explore the new definition of music in 2019.

In 2018 Jake felt pressured by the music industry to deliver content in a way that strips emotion from the process and treats the audience soley like consumers. He realized the direction of his craft was leading to the destruction of his soul. That is when he built an 8×8 box, put all of his inspiration in it, and began to work on the 2019 EP In Between.

During this time he went through a wave of anxiety, depression, and withdrawal from the world, and began to explore his soul. On this journey he got lost, and is slowly using his music to find his way back home. In Between is about feeling lost and finding yourself. The EP will be available everywhere March 1st, 2019.

“Life can throw many things in our way, but as long as we know ourselves we can make it back home.”