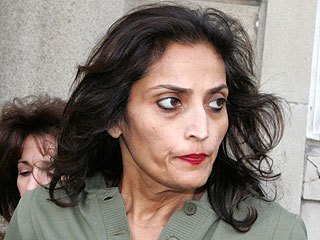 By Shadow State 1958
Since AUSA Mark J. Lesko earned his spurs prosecuting the Muttontown Slave case, it might be instructive to compare the details of that case to the NXIVM case.
From the EDNY US Attorney’s Office, June 26, 2008
Varsha Sabhnani Sentenced to 132 Months’ Imprisonment for Her Slave Case
VARSHA SABHNANI was sentenced today to 132 months’ imprisonment based on her conviction after trial of forced labor, peonage, harboring aliens, document servitude, and related conspiracy charges. The proceeding was held before United States District Court Judge Arthur D. Spatt at the U.S. Courthouse in Central Islip, New York.
The defendant and her husband, Mahender Sabhnani, owners of a lucrative world-wide perfume manufacturing and distribution business, were arrested on May 14, 2007, following an investigation by Immigration and Customs Enforcement (ICE), the Nassau County Police Department, and the Old Brookville Police Department.
The investigation began after one of the victims was found in a Dunkin’ Donuts store in Syosset, New York, wearing rags and with open wounds behind her ears. Subsequently, during the execution of a search warrant at the defendants’ residence in Muttontown, New York, a second victim was found hiding in a closet under the basement stairs.
During the eight week trial, held between October 22, 2007 and December 17, 2007, the jury heard testimony that the defendants brought the two victims, who did not speak English and had limited education, from Indonesia to the United States to work as domestic servants; confiscated their passports, visas, and other identification documents; kept the victims in a state of servitude in the defendants’ home for several years where they were forced to labor up to 20 hours a day; and that VARSHA SABHNANI physically and psychologically abused both victims by beating, stabbing, scalding, cutting, starving them, depriving them of sleep, preventing contact with family members, and threatening to have the victims and their family members jailed.
Following two days of deliberations, the jury convicted VARSHA SABHNANI and her husband of all counts in the indictment.
USDOJ: US Attorney’s Office – Eastern District of New York
Now let’s compare that case to the details we currently know about NXIVM, keeping in mind that the investigation of the NXIVM case is still ongoing.
Good Bye, Keith
Good Bye, Allison
Good Bye, Lauren.
See you all in at least 132 months.
P.S. What is document servitude?’ Hey, Slave, I have your state ID card. If you want it back, do as I say.
RACKETEERING ACT SIX Trafficking and Document Servitude – Jane Doe
https://artvoice.com/wp-content/uploads/2018/07/Nxivm-Indictment.pdf 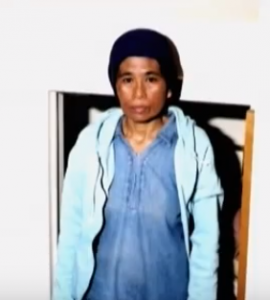