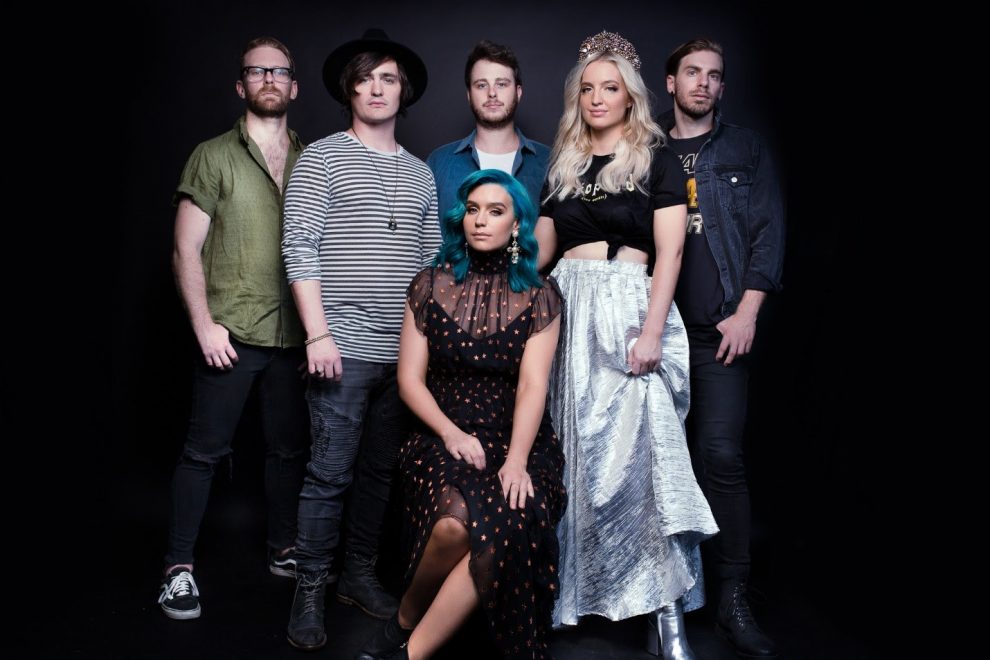 Multi-platinum selling recording artist Sheppard is back with a brand-new single “On My Way”! Cowritten by John Hume (co-writes with Dean Lewis, Sofi Tukker), the anthemic, uplifting song, which was originally penned as a stand-alone single, earned the band a nod to participate in the show which will select Australia’s next representative at Eurovision 2019! “On My Way” is the ultimate love song as singer George Sheppardexplains:

“This song is about someone craving the uncontrollable heat and passion they feel when they are with the one they love. It’s about excitedly making their way to reunite with their lover, wherever that may be in the world.”

“On My Way” is the first new music since last summer’s sophomore effort Watching the Sky (June 8, 2018 via Empire of Song/Decca Records/Republic Records) which rocketed to the top of the charts globally, earning them their first #1 on the ARIA Album Chart in their home country of Australia and hitting Top 10 on the US iTunes Pop Charts. Watching the Sky spawned global smash “Coming Home,” which climbed to #1 on the AIRcharts and went double platinum in Australia while taking over radio charts across Europe and Mexico. The song debuted on US television on the TODAY Show and was featured in American Ninja Warrior, American Idol, Champions, and Lionsgate’s hit feature length animated film Early Man.

The band exploded onto the global stage with the massive success of 2015’s “Geronimo” – the RIAA Certified Double Platinum lead single from the band’s debut album Bombs Away. The song rose all the way to #53 on Billboard’s Hot 100 chart, Top 5 at AAA and landed them on The Tonight Show Starring Jimmy Fallon, The Ellen Degeneres Show, Today Show, and The Talk. Sheppard have also become mainstays on the festival circuit across the globe, performing at Lollapalooza, Austin City Limits, Summer Sonic, Rock in Rio,Billboard’s Hot 100 Festival, and many more to date.

Sheppard will perform “On My Way” at Eurovision – Australia Decides alongside Australia’s top talents to battle it out to become Australia’s 2019 Eurovision entry on February 9th as they continue their run as Australia’s royal family of pop.

CHRISTOPHER THE CONQUERED SHARES “TOO MANY TEARDROPS AWAY” TRACK VIA CONSEQUENCE OF SOUND
JON LUNDBOM & BIG FIVE CHORD RELEASE NEW ALBUM HARDER ON THE OUTSIDE FEBRUARY 1, 2019 ON HOT CUP RECORDS
Comment