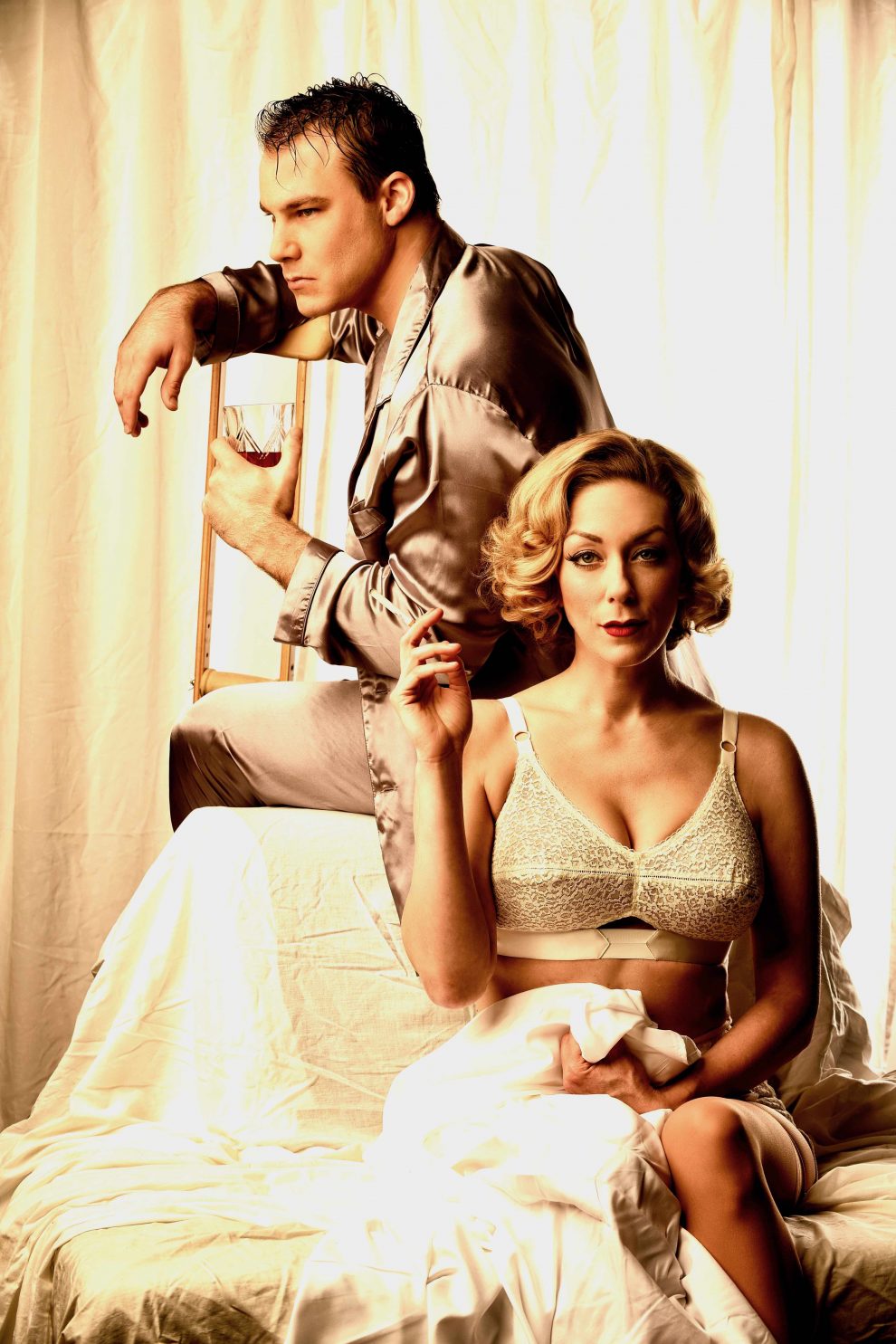 San Jose Stage Company (Randall King, Artistic Director and Cathleen King, Executive Director) has announced the cast and creative team for The Stage’s first production of 2019, Tennessee Williams’ Pulitzer Prize-winning masterpiece CAT ON A HOT TIN ROOF. Directed by Lee Sankowich, CAT ON A HOT TIN ROOF will run from February 6 – March 3, 2019 at San Jose Stage Company (490 South 1st Street, San Jose, CA, 95113). The press opening will take place on Saturday, February 9 at 8:00 p.m. Tickets range from $32 – $72 and can be purchased through the Box Office at (408) 283-7142 or online at www.thestage.org.
The cast of CAT ON A HOT TIN ROOF will feature Randall King* as “Big Daddy,” Judith Siebenthal as “Big Mama,” Rob August* as “Brick,” Allison F. Rich* in “Maggie,” Will Springhorn Jr.* as “Gooper,” Tanya Marie as “Mae,” Michael Bellino as “Reverend Tooker” and Tim Fullerton as “Doctor Baugh.
In addition to Mr. Sankowich^, the production team includes Garland Thompson, Jr. (Production Manager), Jack D. Myles* (Stage Manager), Giulio Perrone (Set Designer), Ashley Garlick (Costume Designer), Michael Johnson (Lighting Designer), Steve Schoenbeck (Sound Designer & Sound Supervisor), Robert Pickering (Master Carpenter & Scenic Painter), Phyllis Garland (Props Master) and Kimily Conkle (Dialect Coach).
“When putting together our ‘Explosively Charge’ 36th Season,” said San Jose Stage Company Founding Artistic Director Randall King, who is also portraying “Big Daddy” in The Stage’s production, “I knew that I wanted the centerpiece to honor one of our most lauded American playwrights. I don’t think anyone fits that description quite as the legendary Tennessee Williams. And I can’t imagine a better play to anchor our season than Williams’ Pulitzer Prize-winning masterpiece, a work that explores the sinister consequences of deception and the complexities of family, love, mortality and regret. I know our audiences will be captivated by Williams’ Southern poetry and wry humor that elevates CAT ON A HOT TIN ROOF to one of the crown dramatic jewels of the 20th Century.”
“For a Director,” added Lee Sankowich, “CAT ON A HIT TIN ROOF is a challenge and a gift to stage. I look forward to exploring Tennessee Williams’ powerful themes – sexuality, greed, relationships and social mores, to name a few – in collaboration with this exquisite cast and masterful design team. Many thanks to Randall King and Cathleen King of San Jose Stage Company for the chance to bring this Pulitzer Prize-winning masterpiece to life.”
“Williams’s favorite among his plays…his most impassioned and articulate statement on human isolation, the wrenching problems of communication between people and the ways in which death defines life.” – The New York Times
The centerpiece of The Stage’s “Explosively Charged” Season 36 is the revered American Classic by one of the country’s most celebrated playwrights, Tennessee Williams.  CAT ON A HOT TIN ROOF is a fiery collision of generations, mendacity, sexuality, and the ties that bind. This Pulitzer Prize-winning play takes us on a steamy jaunt — filled with rich southern humor — through bourbon-soaked lies on a search for the truth.
Tennessee Williams’ masterpiece sizzles in this hot tale of the ties that bind. On a steamy night on the Mississippi Delta the Pollitt Plantation swarms with angst as the family gathers to celebrate the 65th birthday of their hot-tempered patriarch, Big Daddy.  The heat begins to rise as the Southern family is thrust into crisis when Big Daddy announces he must choose one of his sons to inherit his estate.  As Brick, his favorite son, and Brick’s wife Maggie struggle to guard their demons the rest of the family claws at any opportunity to topple their dynasty.  With the future of the family in peril– accusations swirl, ulterior motives are exposed and mendacity reigns.
CAT ON A HOT TIN ROOF runs two hours, including one intermission.
San Jose Stage Company’s 2018-2019 season will continue with ADIÓS MAMÁ CARLOTA (April 3 – 28, 2019) and MAMMA MIA! (Performances beginning on May 29, 2019). The Stage’s 2019-2020 season will be announced soon. Tickets and subscriptions may be purchased through the Box Office at (408) 283-7142 or online at www.thestage.org.