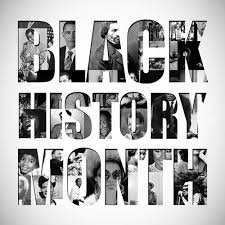 Local Black History topics will be featured in a variety of programs throughout February at the Buffalo & Erie County Public Library’s downtown Central Library, 1 Lafayette Square. All are free and open to the public.

•The Making of a Monument Speaker Series, on Fridays, February 8, 15, 22 and March 1, 12 noon-1 p.m., will discuss the Michigan Street Heritage Corridor, architect John Brent and the Michigan Avenue YMCA, and other history topics. Programs on the Colored Musicians Club and the African American Cultural Center will include live performances.

The half-hour film, co-directed and produced by the award-winning photographer Isadore Bleckman and his wife, Mary G. Roseberry, tells the story of African Americans making the dangerous journey from slave states to Canada and freedom before the American Civil War. Lewiston, Buffalo and Niagara Falls were among the last Underground Railroad “way stations” along the U.S.-Canada border. Citizens along that border assisted many who risked everything to become free. The film also documents every stage of the creation of Lewiston’s evocative “Freedom Crossing” monument by renowned bronze sculptor Susan Geissler of Youngstown, NY, and focuses on some individuals who settled along the Canadian shore after they found freedom, as remembered by their descendants. The Jim Hill High School Choir of Jackson, Mississippi, plays a central role in the film, singing traditional songs “Wade in the Water,” “Deep River” and “Didn’t my Lord Deliver Daniel.”

“Izzy” Bleckman is best-known as Charles Kuralt’s cameraman for the CBS series “On The Road” and “CBS Sunday Morning.” Mary Roseberry is a retired professor of journalism and literature at Niagara County Community College.

Rich Newberg noted, “Izzy and Mary’s film uses a unique and beautiful approach to tell this essential story. They bring attention to the power and beauty of the raging river and the constant dangers real people faced in order to find a safe place to live, work and raise their children. It’s a testament to the human spirit on so many levels, from the courage of families fleeing lives of bondage, to those who defied the law to give them shelter along the way, and the artistry of sculptor Susan Geissler.”