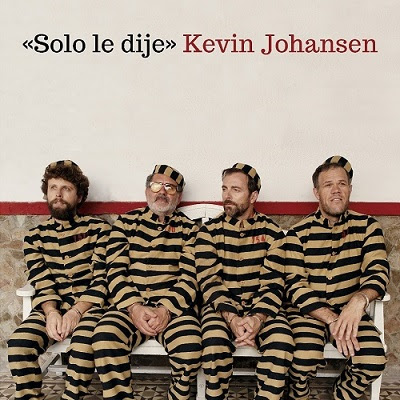 “Solo Le Dije” (I Only Told Her) is the new single by the multifaceted artist Kevin Johansen, who surprises us yet again with a unique song. Produced by Matías Cella, this song is accompanied by a very creative video, which was conceived, developed and co-directed by Kevin, along with Santiago Braga, who also directed Kevin’s music videos for “Guacamole” and “Es Como el Día.” Filmed on location in different settings of La Plata, Argentina, this video features professional dancers and Kevin’s friends.
Speaking about the song’s lyrics, Kevin Johansen remarked, “I think that ´Solo Le Dije´ refers to the concept of ´looking for freedom´ and how an individual can use that idea to fool himself. The narrator is sheepish about his need to have more time and space for himself, and he ends up in an uncomfortable ´existential prison,’ realizing he was better off in a relationship. He’s the quintessential fool and I used three settings to portray that – a café, a bank robbery and a jail.”
After closing out 2018 with an international tour and a packed performance at Buenos Aires’ Luna Park arena,Kevin kicks off a new album cycle and bids farewell to his previous project, Mis Américas Vol. ½ (2016), which received three Latin GRAMMY® nominations, including Song of the Year, and Best Singer-Songwriter Album.
Kevin Johansen presents “Solo Le Dije,” the first single from his forthcoming album, to be released in April 2019. In support of his new production, he will launch a concert tour that will take him to Argentina, Chile, Perú, México, Colombia, USA, Spain and other European countries.